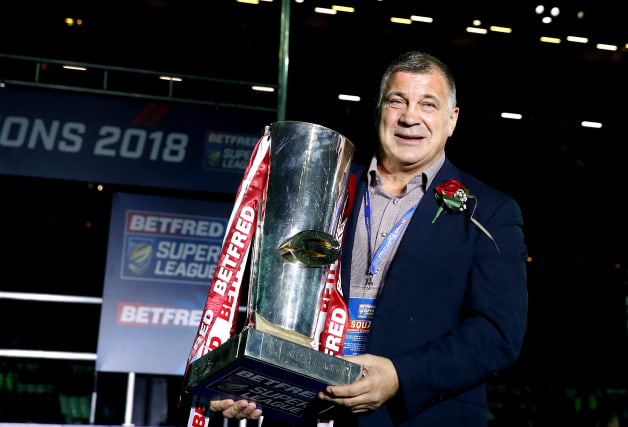 Former Wigan boss Shaun Wane is set to be appointed as the new England coach.

The PA news agency understands the Rugby Football League has turned to the 55-year-old Wane after deciding to ditch veteran Australian Wayne Bennett after four years in charge of the national team.

Bennett, who turned 70 on New Year’s Day, guided England to the World Cup final in 2017 and was keen to stay on in the job for the next tournament in England in 2021.

However, he lost much credibility as coach of Great Britain during their 4-0 series defeat on their tour of New Zealand and Papua Guinea in the autumn.

The South Sydney coach’s contract with the RFL ran out at the end of that tour and a decision not to reappoint him is the main outcome of a review of the 2019 international programme carried out by RFL chief executive Ralph Rimmer and rugby director Kevin Sinfield.

It is thought Bennett has been notified of the decision and confirmation of the change is due on Monday when the RFL will hold a press conference at the University of Bolton Stadium to formally unveil the new coach.

Wane has been out of rugby league since leaving Wigan at the end of 2018 after guiding the Warriors to a third Super League title during his seven years charge of his hometown club.

He has since been working part-time as a high performance coach with the Scottish Rugby Union while at the same carving out a successful sideline as a speaker, but has made no secret of his desire to return to league and also of his ambition to coach the national team.

Wane will have just four matches to prepare England for the 2021 World Cup – the RFL is working on a mid-season international in June ahead of the three-match Ashes Series against Australia in October and November.

Wane, a prop forward who played for Wigan for eight years, won two caps for Great Britain in 1985-86.