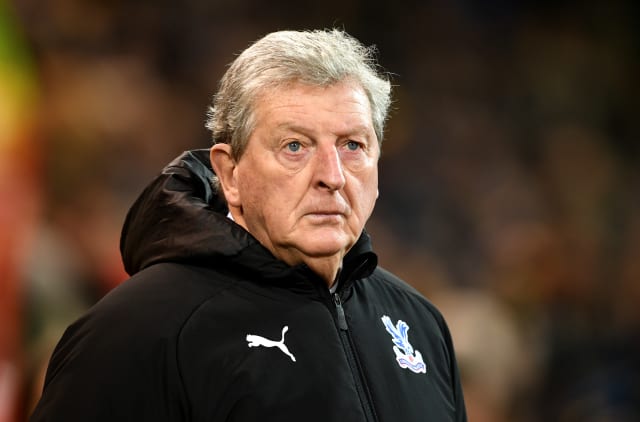 Crystal Palace manager Roy Hodgson admits everyone at the club needs to “do a lot of thinking” about how best to improve the team in the summer after a disappointing January transfer window.

The Eagles were expected to be one of the busier sides in the Premier League, with the 72-year-old repeatedly expressing his desire for four or five new faces to arrive at Selhurst Park.

In the end only Everton forward Cenk Tosun joined Palace – on loan until the end of the season – with a late move for West Brom full-back Nathan Ferguson falling through due to complications with his medical.

Hodgson has been left with a lopsided squad, which boasts five centre-backs but only two full-backs in Joel Ward and Patrick Van Aanholt, and both returned to start Saturday’s 1-0 home defeat by Sheffield United.

“An awful lot of the faces I work with every day, they were here when I came to the club and I inherited them. Everyone is on the same page as far as that is concerned.

“Now Steve Parish, Doug Freedman and the American owners, they are going to have to do a lot of thinking, alongside myself and the coaching staff, about what the best way forward is in the next transfer window and what we are going to be able to do to ensure this team gets stronger.”

Given Hodgson has spoken about the desire for more forward options and full-backs since the summer, the club’s transfer activity in January has left many fans deflated.

One positive was Wilfried Zaha staying, although the Eagles boss was not too fearful the Ivory Coast international would leave.

“It is not something that has bothered me during the course of the transfer window because I always believed Wilf was going to stay with us,” Hodgson admitted.

“When the summer comes maybe the circus will start again and I will be getting questions all the time about it.”

Arrivals, rather than departures, were the focus for Palace on deadline day and Ferguson, who is out of contract with West Brom in the summer, was set to sign.

Hodgson explained: “We definitely wanted a centre-forward and a full-back. I thought until Nathan had his medical that is what we had.

“We would have still liked more, but nothing appealed to me or came up after that we thought we could buy or bring in.”

Jarrod Bowen was linked with a switch to south London late in the window, but opted for the east, with West Ham securing his services for a reported fee of £20million after a successful stint with Hull in the Sky Bet Championship.

But Hodgson insisted: “Bowen was not a player we discussed in those terms to buy.

“There was a discussion several weeks or at least 10 days before the transfer window that Hull might be considering loaning him with the option to buy and that interested us.

“But there was never any question we would go in and buy him outright so when West Ham went in and bought him outright… that was something they are entitled to do, but not something we actually considered doing.”