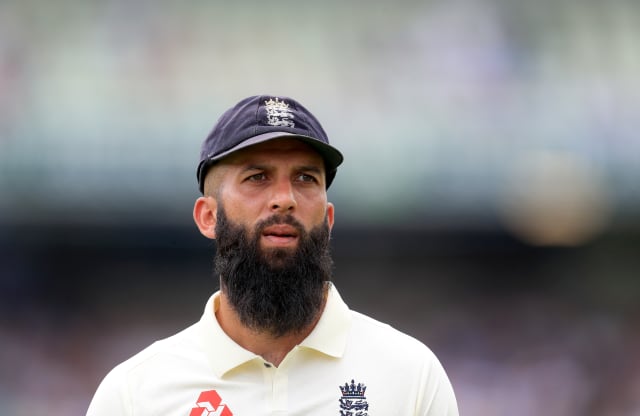 Moeen Ali is likely to discuss his Test future with England captain Joe Root and head coach Chris Silverwood in the coming days after the spin-bowling all-rounder revealed he has “missed” representing his country.

The 32-year-old had been the leading Test wicket-taker in the world in the 12 months prior to the Ashes but a disappointing performance in the series opener against Australia in August last year led to him being axed.

He lost his red-ball central contract and, with England’s blessing, took an extended break from the longest format after admitting he felt “burnt out”, meaning he was not considered for selection for the winter Test commitments in New Zealand and South Africa.

But the PA news agency understands a meeting between Moeen, Root and Silverwood is expected to take place in South Africa soon, in which his availability for next month’s Test trip to Sri Lanka will be top of the agenda.

Moeen was England’s joint leading wicket-taker on their last visit to Sri Lanka in November 2018 with 18 scalps at an average of 24.5 in a 3-0 series win.

With 60 World Test Championship points up for grabs in each of the two matches in the forthcoming series against Dimuth Karunaratne’s side, whether Moeen tours could be critical to England’s hopes.

If he does decide to make himself accessible, Moeen would need to cut short his stay in the Pakistan Super League with Multan Sultans, coached by former England chief Andy Flower, who is understood to be sympathetic to the player’s situation.

Despite losing his place in England’s one-day side midway through their historic World Cup triumph, Moeen retained his white-ball central contract and is in both limited-overs squads for three one-day internationals and three Twenty20s against the Proteas this month.

He returned to England colours for the first time since the Ashes during England’s practice matches against a South Africa Invitational XI at Paarl on Friday and Saturday, ahead of Tuesday’s first ODI at Cape Town on Tuesday.

Despite a bit-part role in both matches, Moeen, who is expected to miss the first ODI at Newlands, told Sky Sports: “I was thinking ‘I have missed this’, which is exactly the feeling I want.

“I don’t want anyone to think I don’t love playing for England because playing for your country is the greatest thing a cricketer can do.

“I am going to speak to Silverwood and Rooty (about Sri Lanka) but ultimately it is about if I feel I am ready to play again. I don’t want people to feel I am picking and choosing.

“I know even if I decide to go to Sri Lanka I might not get in straight away but I am going to fight for my place. I thought (Dom) Bess bowled really well in South Africa but it was almost like, ‘yeah, I could do that, I can still do that’.”

Moeen offered neither control nor a consistent threat with the ball in the first Ashes Test at Edgbaston last year, finishing with match figures of three for 172, with Australia spinner Nathan Lyon taking nine wickets.

“I felt burnt out. It wasn’t a mental issue, I just felt completely burnt out,” Moeen added.

“I had to get myself up for the Ashes and I remember bowling thinking, ‘I do not want to be here’. It is the worst possible place a cricketer can be.

“It definitely affected me. I can see when I look back that my body language was horrendous throughout the game.

“There was almost nothing happening for me. It was almost like there was no interest. It was such a big game and the harder I tried the worse I got. It was so bad.

“I definitely wasn’t enjoying my cricket. I wasn’t playing with the fun I usually play with and I think I was getting sucked into cricket too much.

“I talk quite a lot in the changing room, try and joke around, keep the energy going, try to lift guys if they are struggling, even if I am struggling. I wasn’t doing that towards the end.”