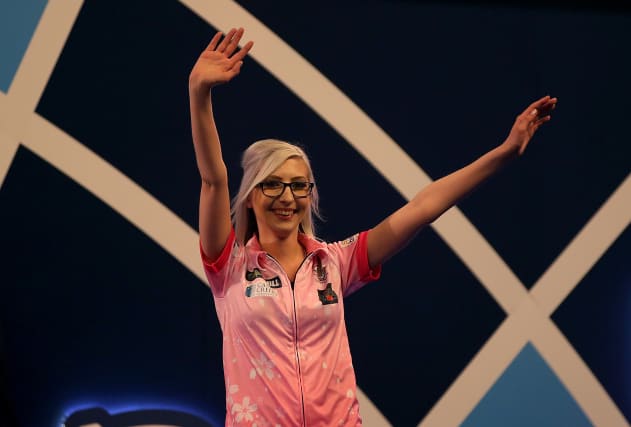 Fallon Sherrock continued her brilliant recent form by securing a place in the 2020 Ladbrokes UK Open.

Sherrock made history as the first woman to win a match at the PDC World Championship in December, defeating Ted Evetts and Mensur Suljovic at Alexandra Palace.

The 25-year-old will now get to compete in the UK Open at the Butlin’s Minehead Resort in March after winning a qualifying event in Wolverhampton on Saturday.

Sherrock came through a field of more than 200 players, eventually beating Stuart White 5-1 in the final, while Jamie Clark won the Aberdeen qualifier to book his place in Minehead.

As a result of her success in the World Championship, Sherrock has already been named as one of the nine challengers to compete in this year’s Premier League and will face Glen Durrant in Nottingham on February 13.