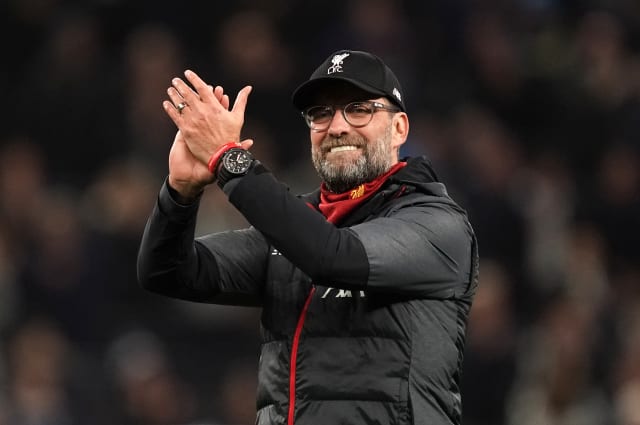 Liverpool’s relentless surge towards the Premier League title continued with another home win, while the race for European football is as tight as ever with just six points separating Tottenham in fifth place and Southampton in 13th.

At the other end of the table, Norwich face an uphill battle to avoid relegation but the scramble for survival above them looks to have many twists and turns to come.

Here, the PA news agency takes a look at what we learned from the latest round of Premier League fixtures.

Reds racking up the records

Liverpool’s 4-0 win against Southampton at Anfield saw Jurgen Klopp’s team move 22 points clear of Manchester City on Saturday. That is the biggest lead ever at the end of a day in English top-flight history.

The Merseysiders have won 20 successive league games at home, equalling Manchester City’s Premier League record. Only Bill Shankly’s Liverpool side exceeded that, winning 21 straight at home and taking 73 points from 25 matches back in 1972.

Klopp’s men have won 100 points from the last 102 available and are now just seven victories away from being crowned champions and the possibility of the earliest ever title win in the Premier League.

Bruno Fernandes was unable to inspire Manchester United to victory on his debut but the £46.6million signing did impress in his first appearance against Wolves.

In a game of few chances, the Portuguese looked the most dangerous player on the pitch and brought a couple of decent saves from visiting goalkeeper Rui Patricio. He had more shots (five), more shots on target (three) and made more passes (88) than any other United player.

Fernandes played with composure and intelligence, knowing when to hang back and when to push on and displaying a good range of passing. Early indications are he looks like just the sort of midfielder United need.

Nuno Espirito Santo’s team are a joy to watch, so well structured and organised. However, Saturday’s goalless draw at Old Trafford was their 41st match of the season so far – a campaign that started in July with the Europa League qualification rounds.

Their squad is small and recently they have been showing signs of tiredness, winning just one of their last eight games in all competitions and losing four, and it would be a great shame if their season was to unravel due to fatigue. Hopefully their trip to Marbella during the forthcoming winter break will help to recharge the batteries.

The Vitality Stadium is a tight little ground and it needs to become a fortress if Bournemouth are going to stay up. Eddie Howe has been under pressure in recent weeks but back-to-back home wins against Brighton and then Aston Villa have steadied the ship a little – Saturday’s success saw Howe’s men climb above Villa and out of the relegation zone.

Bournemouth had to battle on with 10 men after Jefferson Lerma’s 51st-minute red card and that kind of fight and spirit will stand them in good stead.

Spot of bother continues for City

Pep Guardiola is quickly running out of candidates he can rely on from the penalty spot after Ilkay Gundogan became the latest to fluff his lines from 12 yards on Sunday. Hugo Lloris’ save meant the first penalty miss of the Germany international’s career as City crashed to a 2-0 defeat away at Tottenham.

Gabriel Jesus has missed three of his five Premier League penalties and Raheem Sterling and even talisman Sergio Aguero have also crumbled under the pressure of taking spot-kicks recently.