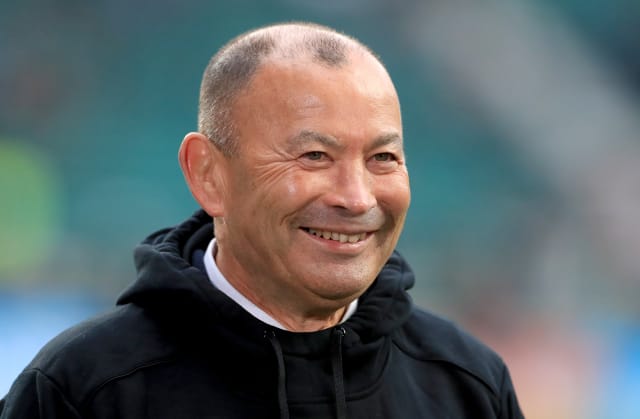 Jones enters his fifth Championship having cleansed himself of the heartache caused by last autumn’s World Cup final defeat to South Africa by completing a gruelling CrossFit camp in Japan.

And England’s head coach insists whether his contract is extended beyond 2021, when it is due to expire, will be dictated by the ongoing response to his methods from his players.

But his immediate concern is launching the Six Nations with victory in Paris using the blueprint of swashbuckling Premier League leaders Liverpool.

“We want to have an effect on how the nation sees rugby,” Jones said.

“The number of football fans that have come up to me and said they watched England in the World Cup semi-final gives you an indication we have done that.

“When you play that sort of rugby, people want to watch it. It’s like Liverpool now – everyone wants to watch Liverpool because they play with that ferocity.

“They play with that desire and they never get beaten. Even when they do get beaten, they haven’t been beaten. We want people to speak about us like that. You can have an affect on people’s lives.”

Jones continued with the football theme to explain how he views his Twickenham future.

In the wake of Japan 2019, neither the Rugby Football Union nor Jones have been in a hurry to extend his stay when his existing deal runs out, and the Australian believes the decision is in the hands of his team.

“I heard Pep Guardiola talking about whether he’s going to re-sign at Man City. It’s a bit like that,” Jones said.

“The players tell you whether you should continue or not and that’s what I’m looking it. The players will let me know.

“If the players play well and the team is going well, then maybe you should continue. If the team’s indifferent then maybe they need a change.

“The only reason I’m continuing is because I think this team can improve. Over the next period of time I think we can become the best rugby team ever and that’s the exciting bit.

“The RFU only want me to continue if they think I can improve the team. The contract is important from a legal point of view but they want to win and I want to win.”

England will discover on Sunday if there is any lingering hangover from their World Cup final defeat by the Springboks, but Jones’ own disappointment has been eased in a different way.

“You go through a grieving period for a World Cup. I had three weeks in Japan, of which one week I didn’t do any rugby at all, which is a little bit unusual!” Jones said.

“Then I was ready to go again. It’s probably the longest I’ve gone without rugby. My wife and I did CrossFit – three times a day.

“It’s ridiculous at our age! It was on a little tropical island called Okinawa. It was a bit of a cleansing then I came back and was ready to go. Rip in.

“You don’t have to think. You just get in there and rip in. I love being a 60-year-old competing against 40-year-olds, seeing if I can beat them.

“I started last and got into the middle of the class by the end. Mrs Jones is fit!”