Farke still hoping to be ‘little miracle’ worker for Norwich 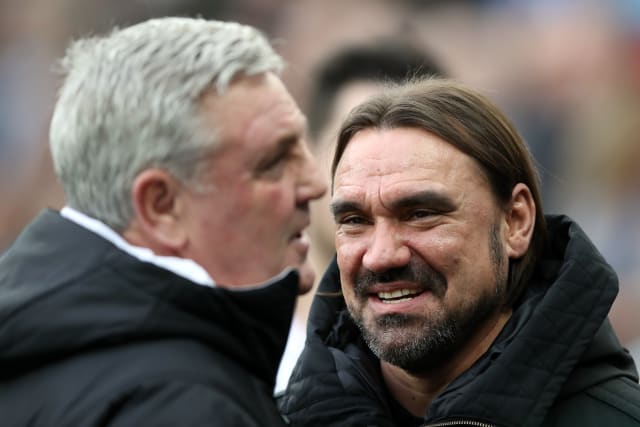 Daniel Farke is refusing to give up on his “little miracle” after seeing battling Norwich miss out on a precious Premier League victory at Newcastle.

The bottom-of-the-table Canaries dominated proceedings at St James’ Park and made enough chances to have won the game comfortably, only for some wayward finishing by Teemu Pukki and the excellence of Magpies keeper Martin Dubravka to ensure they emerged with only a 0-0 draw.

They are now seven points from safety with 13 games to go, but Farke is hopeful that they can defy the odds and stay up if they continue to play with such vigour.

He said: “Although we are playing with such a young side and perhaps not the highest individual quality, we want to work on our little miracle and to surprise everyone and to stay in this league.

“We know it would be a little miracle, but we know it’s possible because we deliver such top-class performances. Definitely a few points would have helped today, so just to be allowed to travel back with one point is disappointing, without any doubt.”

Norwich might have been ahead as early as the fifth minute had Dubravka not kept out Sam Byram’s bullet header, and the Slovakia international denied Pukki ether side of half-time as chances kept coming, but went unclaimed.

Opposite number Steve Bruce, who used all three January signings – Nabil Bentaleb, Valentino Lazaro and Danny Rose – during the game, was grateful to emerge from another poor display with some tangible reward which left his side in 10th place in the table and seven points clear of the drop zone.

He said: “What’s important when you play so poorly is that you don’t get beaten, and that’s the only positive, along with the introduction of the three new lads, who will certainly help us.

“Look, Norwich have beaten Manchester City this year; they’ve got to Leicester and won; they’ve gone to Everton and won They’re a decent football side and the small margins are for everybody to see. They unfortunately can’t win enough, but they’re certainly a very decent football team.

“If you had asked me in August would we be 13 points above them and sitting in 10th, I would have said maybe not, but that’s the fine lines.”