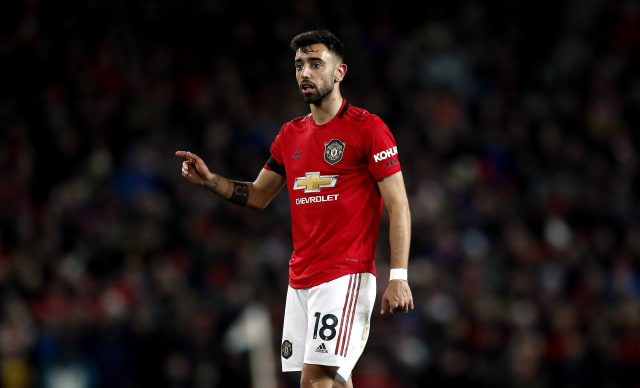 Bruno Fernandes made his Manchester United debut in Saturday’s Premier League clash with Wolves following his move to Old Trafford earlier in the week.

Here, the PA news agency looks at how the Portugal midfielder performed.

Fernandes took up an advanced central position behind centre forward Anthony Martial. He was prepared to drop deep when necessary and also drifted out to the right to pick up possession or push forward. He looked comfortable in his new surroundings and often got into position to shoot.

He did the simple things well, always looking for the ball and keeping the team moving with short passes. He also showed his eye for through balls and long passes, although they did not always come off. There were occasions early in the game when he was quickly closed down and dispossessed but he soon settled.

The 25-year-old made some intelligent runs forward and got into the box occasionally. He generally lacked the service to make the most of his runs but that may come as his understanding of the team grows.

Although primarily an attacking midfielder, Fernandes is also known to get his foot in when needed. He did not shirk a challenge on Joao Moutinho in the first half and his opponent certainly felt his presence. For all his good qualities, however, Fernandes has also had a reputation for picking up bookings during his career. He was booked for pulling back Raul Jimenez early in the second half.

The newcomer showed he was not afraid to shoot, trying his luck with a number of attempts from distance. On this occasion he was not in luck, either missing the target or failing to extend Rui Patricio.

This was a composed first appearance in English football. Fernandes looked at ease on the ball and did little wrong while always looking to keep the team moving. There may not have been any key contributions but this was a positive showing and United will hope he can have a huge influence as he adapts to the Premier League.