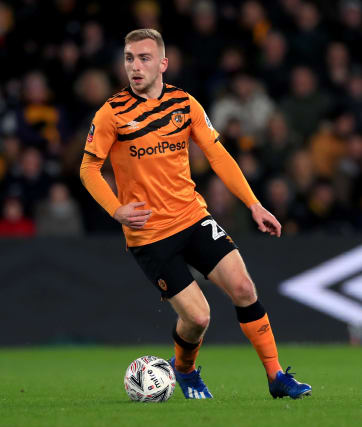 West Ham beat the deadline to secure the signing of free-scoring forward Jarrod Bowen from Championship side Hull for a fee understood to be around £20million.

The 23-year-old, who has hit an impressive 17 goals in 32 appearances in all competitions this season, has agreed a five-and-a-half year contract at the London Stadium.

Hammers boss David Moyes was desperate to add some firepower to his relegation-threatened side, and is reported to have beaten Crystal Palace to Bowen’s signature.

Moyes told the club website: “We are delighted to welcome Jarrod to West Ham United. I think he could be a big success.

“He’s probably what you’d call a wide forward these days, or perhaps an old-fashioned inside-right. He has played a couple of games as a second centre forward or as a number 10.”

Bowen joined Hull from Hereford in 2014 at the age of 17 and during his time with the Tigers he scored 54 goals and handed out 14 assists in 131 appearances.

“When you score goals like he does, and in the numbers he does, in the Championship, it will give you a great chance of scoring goals in the Premier League,” Moyes added.

“We were attracted to the goals he has scored over the years – not just in one year, but over the last three years.”