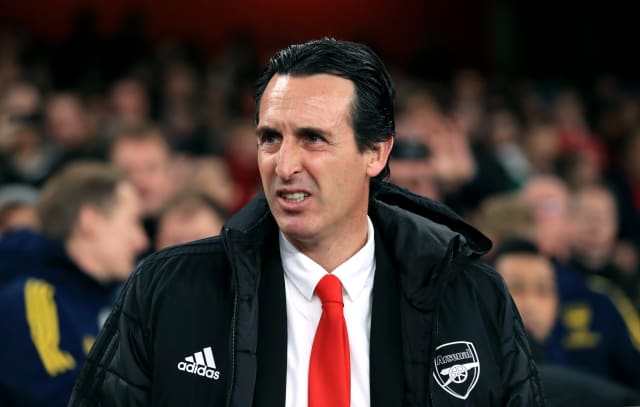 Unai Emery has outlined “several problems” which cost him his Arsenal job after only 18 months.

Emery was sacked as Arsenal manager at the end of November after the Gunners had gone seven games without a win.

The 48-year-old Spaniard steered Arsenal to the final of the Europa League in his first season in charge.

Arsenal also finished fifth in the Premier League, missing out on a top-four place by just one point.

But he says he was undermined by off-field issues such as the Mesut Ozil-Sead Kolasinac car-jacking incident on a London street and Nicolas Pepe’s struggle to adapt to English football following his club-record £72million transfer from Lille.

“I am clear about my diagnosis and we did good things there,” Emery said in an interview with Spanish publication Marca.

“I think we had a good first year, leading two competitions well as Europa League and Premier League.

“The process was good. When we played possession, we did it; when we had to press, we did it. And we were competitive, playing as the game required.

“There were several problems: four captains, the Ozil-Kolasinac case, Pepe’s signing, who needs time since he came from France.

“We didn’t play well, that’s for sure. We had bad results, there was no improvement, the fans focused on me and they threw me out.

“With my departure, the hostile atmosphere was relaxed.”

Emery feels Arsenal have found the “perfect” manager in his successor Mikel Arteta, a former player who was Pep Guardiola’s assistant at Manchester City.

But he warned that getting the best out of German playmaker Ozil – reportedly the club’s highest wage earner who he had omitted regularly this season – remains an issue at the Emirates Stadium.

“Mikel has a lot of experience as a footballer and has worked alongside Pep,” who is top,” Emery said.

“Ozil is still ’10’, and is slowly looking for his identity. He is a very good player, that is clear.

“But physical conditions are high in the Premier League.

“At times, Arsenal with him plays better. But other times it doesn’t make so many differences.”

Emery has not ruled out returning to England in the future, saying: “Football is unpredictable.

“A team may love you today, three months go by … and it doesn’t love you anymore.

“To France, with the French I learned, I can return. To England, too. To Spain.

“Germany is the only place where I find it difficult to work. In Italy, years ago, teams have loved me.

“You never know, but this break is good for me.”