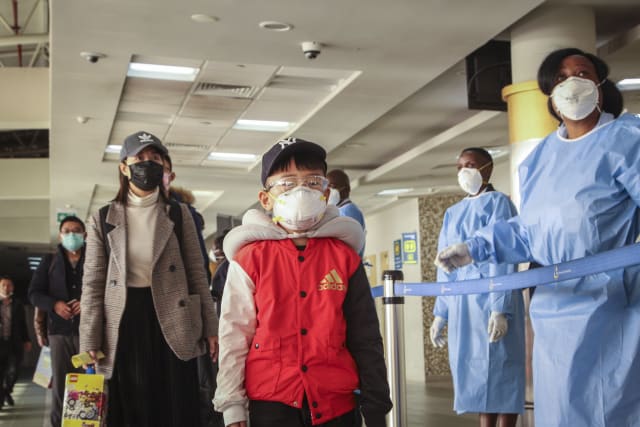 Organisers of the Tokyo Olympics are in contact with medical authorities as concerns rise over the coronavirus outbreak.

A number of sporting events have already been cancelled or rescheduled following the public health emergency, which has been centred on China.

The Games are due to start on July 24, and the International Olympic Committee has said it is monitoring developments closely.

“Countermeasures against infectious diseases constitute an important part of Tokyo 2020’s plans to host a safe and secure Games,” an IOC spokesperson said.

“In addition, the IOC is in contact with the World Health Organisation, as well as its own medical experts.”

There were concerns in the build-up to the 2016 Rio Olympic and Paralympic Games related to the Zika virus, and while some competitors decided to withdraw from those Games, they went ahead as scheduled.

Chinese health officials said on Friday morning that the death toll in the country from the coronavirus had risen to 213, up from 170 a day earlier, with the number of known cases rising from 7,711 to 9,692.

As of 10am Friday morning, there were 11 confirmed cases in Japan.

The outbreak has already affected Olympic-related events. A women’s basketball qualifying tournament featuring Great Britain was moved from China to Serbia earlier this week, while new dates have been scheduled for women’s football qualifiers in Australia in February after the Chinese team were held in isolation in Brisbane.

The most high-profile event definitely affected so far is the World Indoor Athletics Championships, which had been due to take place in Nanjing in March but have now been postponed until 2021.

The LPGA Tour’s Blue Bay golf event, due to be staged on Hainan Island between March 5 and 8, has been removed from the schedule.

A statement from the LPGA on Friday read: “Any time you cancel an event, it is a difficult decision and we appreciate how hard our title partner (Blue Bay), IMG, the China LPGA and the China Golf Association have worked to host an incredible event.

“The health and safety of our players, fans and everyone working on the event is always our highest priority. While we are disappointed that the tournament won’t take place this season, we look forward to going back to Blue Bay in 2021 and for many years to come.”

The men’s European Tour has stated that the Volvo China Open golf tournament in Shenzhen, scheduled for April 23-26 remains on its schedule as things stand.

Football’s world governing body FIFA says it is monitoring the situation in China, with the nation due to play two 2022 World Cup qualifiers in March, at home to the Maldives on March 25 and away to Guam on March 31.

The start of the Chinese domestic football season has already been delayed. The Chinese Super League, which features former Premier League stars such as Yaya Toure and Marouane Fellaini.