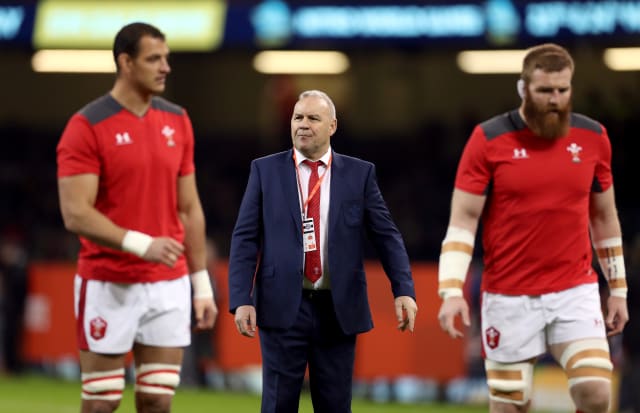 Defending champions Wales kick off the 2020 Guinness Six Nations Championship on Saturday when they tackle Italy in Cardiff.

It has been a long time in the production process, given that it was announced during the summer of 2018 that Wayne Pivac would succeed Warren Gatland as Wales head coach after the World Cup earlier this season. That long-term succession planning by the Welsh Rugby Union has given Gatland’s fellow New Zealander important time to observe, but the serious business is about to begin as he takes centre-stage. Pace and power are the buzz words being bandied about regarding Pivac’s Wales, and while winning is everything, expect to be entertained in the process.

There is no doubt that Gatland elevated Wales to new and consistent heights during his 12-year reign, masterminding three Six Nations Grand Slams and two World Cup semi-final appearances. In doing so, he raised expectation levels among the fans to a level not seen since Welsh rugby’s 1970s glory days, so Pivac unquestionably is taking over from a revered and highly-successful figure. But the Gatland era is now over, and Pivac must do things his way as the first Wayne Pivac, not a second Warren Gatland. Early signs on the training pitch and behind the scenes have proved extremely encouraging.

George North – the centre of attention

North has been a mainstay of Wales teams since making his debut as an 18-year-old against South Africa in 2010. Eighty seven of his 91 Wales appearances so far have been on the wing, but he will start this season’s Six Nations at outside centre as Wales look to fill the vacancy created by Jonathan Davies’ long-term absence because of knee trouble. North’s four previous Wales runs in midfield came in 2014 (twice), 2015 and 2018, and Pivac has handed him a key role alongside Hadleigh Parkes this weekend. If the positional switch works out well, it could see North gaining an an extended run there. It is a fascinating prospect.

Wales’ back-row riches are the envy of many

Josh Navidi’s unfortunate hamstring injury will be a loss for Pivac, but his back-row selection task remains the nicest of headaches. Aaron Wainwright, Justin Tipuric and a fit-again Taulupe Faletau have won the vote this weekend, with World Cup starting number eight Ross Moriarty on the bench and the consistently-impressive Aaron Shingler not involved. With former Wales captain and openside flanker Sam Warburton now part of Wales’ coaching staff, it is an area of the team set to become even stronger.

“Lies, damned lies and statistics,” so the saying goes, but in Italy’s case, they are proven beyond doubt. They have had their moments and some famous victories, as all their Six Nations rivals apart from England can testify, but they have also collected the wooden spoon far too often and not won a Six Nations game since 2015. In 20 previous Six Nations campaigns, Italy have finished last on 14 occasions. Their highest placing was fourth – achieved in 2007 and 2013 – and they start this season’s tournament without the greatest player in Italian rugby history as Sergio Parisse begins to wind down his Test career. It promises to be another struggle for the Azzurri.