Talking points ahead of Ireland’s Six Nations opener against Scotland 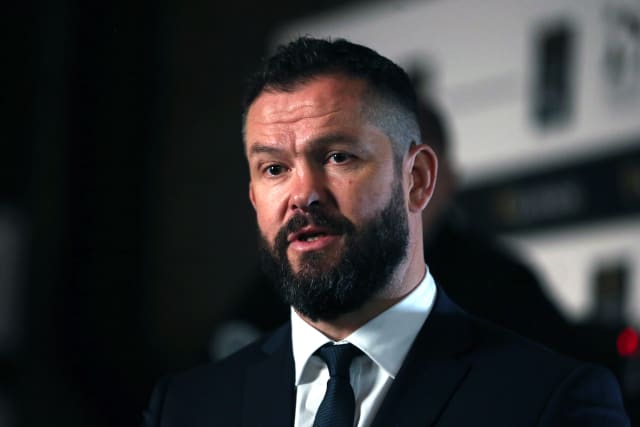 Here, the PA news agency picks out five of the major talking points ahead of the game in Dublin.

After a standout 2018 which included a first home victory over New Zealand and a Six Nations Grand Slam, Ireland flattered to deceive last year. On the back of spells at the top of the world rankings, Joe Schmidt’s reign ended with another underwhelming Irish World Cup quarter-final defeat. Farrell has stepped up from defensive coach to replace the risk-averse Schmidt, promising to deliver a team the “Irish public love watching”. The 44-year-old has known for more than 14 months that he would take over and will be desperate to make a positive first impression as he attempts to swiftly assert his influence.

Townsend hoping Hastings can Russell up some magic

Scotland’s build up to the tournament has been disrupted by the ill-discipline of key player Finn Russell. The stand-off, who was set to win his 50th cap this weekend, was sent home after breaching team rules following an alleged late-night drinking session. Adam Hastings has been handed the task of replacing his influential international team-mate. Head coach Gregor Townsend will be hoping 23-year-old Hastings can step up and deliver the good as, like their opponents, Scotland have a point to prove following a hugely disappointing World Cup campaign, which saw them exit with a whimper at the end of the pool stage.

Farrell’s first major selection dilemma was to choose between the vastly-experienced Conor Murray and the in-form John Cooney at scrum-half. The new head coach opted for the former, much to the dismay of many Ireland fans eager to see Ulster man Cooney given an opportunity on the back of his standout performances for his province. Murray, who has won 78 caps and is a veteran of two Lions tours, has formerly been a guaranteed name on the Irish team-sheet. With Cooney waiting in the wings, there is plenty of pressure on the 30-year-old to underline his undoubted quality and vindicate Farrell’s faith.

Saturday’s meeting at the Aviva Stadium comes 132 days after Ireland defeated Scotland 27-3 in their World Cup opener in Yokohama. Retirements and omissions mean both teams have made changes from that tournament. Among the eye-catching selections are international debuts for Caelan Doris and Nick Haining, who are set to go head-to-head in the number eight positions. Former Ireland under-20s captain Doris, 21, has been thrust into action due to his performances for Leinster, while Australia-born Haining, 29, has been singled out for his handling and footwork skills by coach Townsend. Doris’ club-mate Ronan Kelleher, named on Ireland’s bench, could become the third uncapped player to feature.

Aside from a few victories over regular wooden spoon winners Italy in Rome, Scotland have not recorded a Six Nations away success for a decade. Andy Robinson was in charge of the Scots when they narrowly beat Ireland 23-20 at Croke Park in 2010 thanks to a last-gasp Dan Parks penalty. That result was their only victory in Dublin since the tournament was expanded to six teams in 2000. Only a shock result will halt the dreadful run of form on the road as Townsend’s men go in the game as major underdogs.