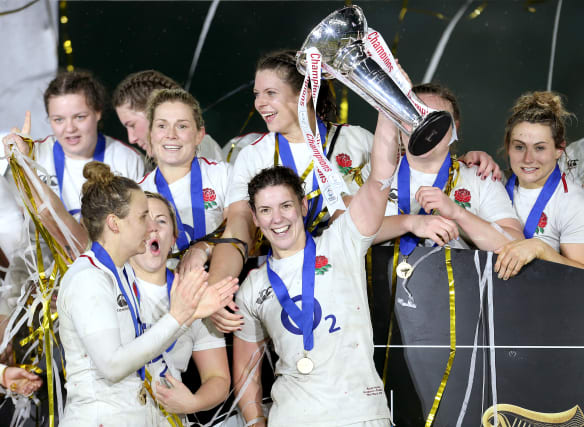 Rugby union, football and snooker are among the worst offenders in the gender prize money gap in sport, a new study has found.

The most stark inequality between men and women in the data gathered by workplace equality champions Work180 came in the Six Nations, where the winners of the men’s event will receive £5million this year while the victorious women’s team will get nothing.

Similarly, South Africa were given £350,000 for their 2019 Rugby World Cup success, while New Zealand’s women’s team received nothing for their 2017 triumph.

Six Nations and World Rugby have been contacted for comment.

The study found France received £29.6m for their victory in the 2018 men’s football World Cup, while the United States’ women’s side only received just over £3m for their World Cup success last year.

The picture is much healthier in other sports, with the four grand slam tennis tournaments providing equal prize money to the winners.

Fallon Sherrock withdrew from the women’s BDO Championships, a decision taken in part following an announcement from the organisers that prize money was being reduced across the board due to lower-than-expected ticket sales.

Gemma Lloyd, co-chief executive and founder of workplace equality champion Work180, said: “Anyone who tries to argue that the rewards in some sports, such as women’s football, are lower because of viewing figures will be scoring an own goal.

“In many sports, such as tennis, women are already achieving pay parity because national bodies got behind women in sport and are investing in promoting them properly.

“Audiences can only vote with their feet if they are offered the choice. This has a massive effect on pay and prize money, and some sports are clearly lagging well behind others.

“Some sports are to be congratulated on the advances they have made in closing the gender gap, but others are stuck in the dark ages.

“How can it be right that New Zealand’s women don’t get anything for lifting the rugby world cup, while South Africa’s men pocket £350,000?

“Our women sports stars play the same games as the men, run on the same pitches and make the same sacrifices for their careers.

“It’s time that sports’ governing bodies look at their pay structures and are asked what are they doing to give men and women equal pay.”