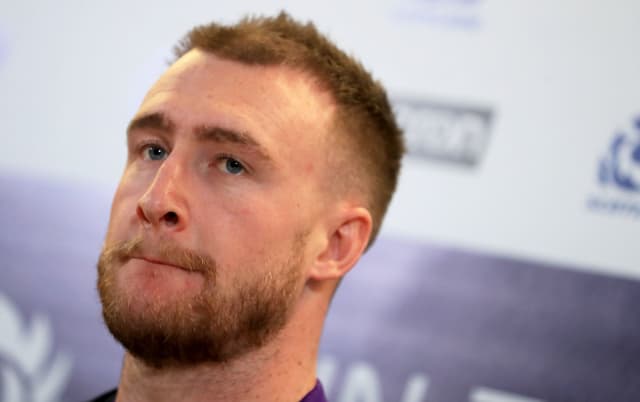 Stuart Hogg insists Scotland are capable of defying the odds and ending their decade-long wait for victory in Dublin ahead of their Guinness Six Nations opener against the “world-class” talents of Ireland.

Full-back Hogg will captain his country at the Aviva Stadium bidding to end a losing streak dating back to a 23-20 win at Croke Park in 2010.

The unfancied Scots, on the back of a dismal World Cup campaign, are rank outsiders for Saturday’s match and priced at 7/1 for victory with some bookmakers.

“We’re fully aware of the challenges that are coming our way. We’re aware of that,” said Hogg.

“They have got some world-class individuals, world-class coaching staff. That’s a huge challenge for us as a nation.

“That’s the reason you picked up the ball as a kid. You want to be involved in these massive games and I truly believe that if we get everything right tomorrow we can win a Test match.”

Scotland are one of only two of the six nations not to have a new head coach in place for the tournament, having kept faith with Gregor Townsend following their pool stage elimination in Japan.

However, there have been adjustments to Townsend’s backroom staff, with Steve Tandy joining as defence coach and former France prop Pieter De Villiers brought in as scrum coach.

With 10 changes made to the team which ended the World Cup, Hogg feels there is a refreshed feeling within the camp and believes recent results should be forgotten.

“I feel we’re in a very good place. In the last couple of weeks, we’ve had a good look at ourselves,” said Hogg.

“We can’t change what’s happened in the past, we’ve very much in control of what happens in the future, and we’re hoping to start well tomorrow.

“We’ve got a new defence coach, new scrum coach, new philosophy in the way we’re going to defend. And it’s been refreshing and exciting for us.

“The big thing for me is we’re confident in each other’s ability and as a collective unit and we’re excited for challenges coming our way tomorrow afternoon.”

Russell will not be involved against the Irish after breaching team rules following an alleged late-night drinking session, with Adam Hastings selected to replace him.

Hogg has backed 23-year-old Hastings to fill the void.

“For me, the boys have been preparing well. We’ve worked incredibly hard,” said Hogg.

“Adam has really trained well over the last couple of weeks.