Roy happy to be back in England action with century 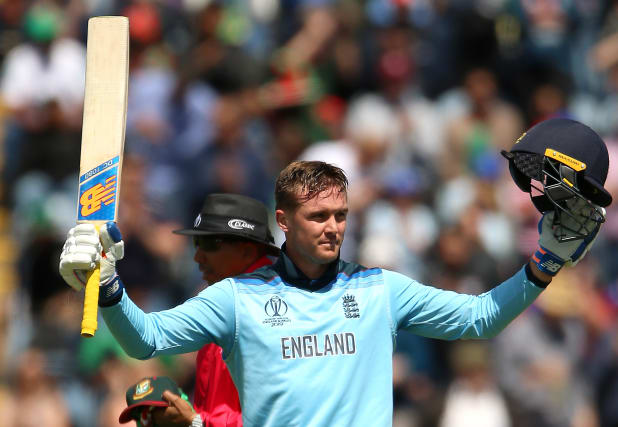 Jason Roy revealed he was “pretty giddy” at the prospect of representing England again after his century underpinned their 77-run win over a South Africa Invitational XI in Paarl.

This was a more low-key encounter than England’s last 50-over match, when they defeated New Zealand in the World Cup final in a gut-churning thriller at Lord’s last July, with Roy making a decisive contribution.

It was Roy’s throw from the deep that led to the run-out which sealed England’s historic triumph after a super over, and he admitted adjusting his mindset from that day to a more modest outing at Boland Park was challenging.

Nevertheless he was the standout performer in the first of England’s two warm-ups before the one-day international series against South Africa starts next week, contributing 104 from 99 balls.

England had lurched to 16 for three – with Joe Root out for a golden duck and Eoin Morgan also dismissed for nought – but Roy’s contribution ushered the tourists to 240 all out, with their hosts restricted to 163.

Roy was therefore pleased with his efforts in his first England game since being axed from the Test side last September as he set his sights on starting the journey towards the next 50-over World Cup in India in 2023.

Roy said: “It was nice to get the shirt back on. I was pretty giddy getting on the plane back home to come out here. Obviously I haven’t represented England for a while now so it’s quite nice to get going.

“Playing a warm-up game in Paarl when the last game you played was in the World Cup final is quite difficult but we’ve got to build foundations again going forward for the next few years.

“(The World Cup win) is a memory that we can keep close to us but we’ve got to move forward and work hard for the next four years now until the next World Cup.

Due to a load-shedding of around two hours, which interrupts the electricity supply to avoid an excessive load on the generating plant which could lead to country-wide power cuts, Roy was unaware he had reached three figures.

That was because the electronic scoreboard had stopped working and only when a few spectators in the sparse crowd started to applaud did Roy lift his bat to acknowledge reaching the milestone.

He said: “I thought the umpire stitched me up, to be honest! Everyone started clapping and I didn’t have a feeling because I didn’t get clapped for my 50 or anything.

“I could only assume it was for my hundred so I raised my bat. He said ‘are you sure they are not clapping the team’s 150?’ I said ‘I bloody hope not’, as I would have looked like a bit of a muppet.”

Roy, who said a lingering shoulder injury means his throwing is still not 100 per cent, recognised not having a scoreboard for most of his innings was far from an ideal situation.

England will play their second practice match at the same venue on Saturday.