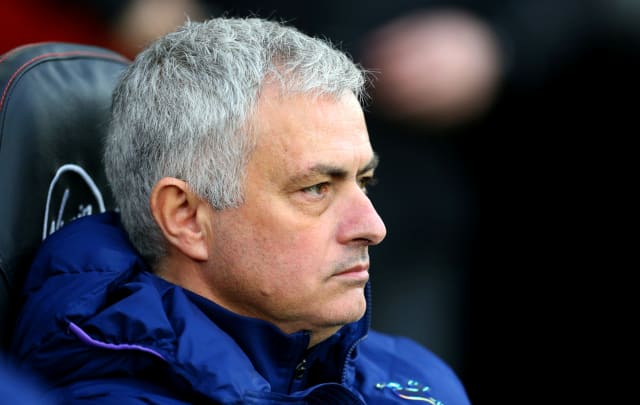 Tottenham boss Jose Mourinho is not expecting to sign a striker before the end of the transfer window.

Spurs have been desperately trying to find a replacement for Harry Kane, who is due to be out until April, and have targeted Olivier Giroud, Krzysztof Piatek and Willian Jose.

Chelsea have confirmed Giroud will not be allowed to leave, Piatek joined Hertha Berlin and Spurs were not prepared to pay the fee Real Sociedad were asking for Jose.

So that means, unless there are late developments before the 11pm deadline, there will be no more arrivals.

“I’m happy but the next question will be, ‘And a striker’? I have to answer yes, it would be better with a striker.

“Yes, we would need a striker to have a better squad to face the great challenges in front of us in three different competitions.

“But we want to do things not to resolve the problems of today or tomorrow but things that are also good for the future.

“With the difficulties of the market in January, it was really hard to find the striker that is good not just to resolve the problems of today but also the future of the team.

“So probably we’re not going to do it.”

Mourinho would have liked a striker but accepts he is on the same page as chairman Daniel Levy.

“If I say it’s easy to play three competitions without a striker, I’m going to lie. I cannot lie,” he said.

“For me the great thing is that we’re all together on this in the club. There’s nobody to blame and say ‘you didn’t do your job well’ or ‘you could do better than you did’. Not at all.

“And with the difficulties of the market, it was very, very difficult to find [one].”

In tradition with recent transfer windows Gareth Bale was linked with a return to Spurs, but there was never anything in that.

Mourinho refused to entertain it when asked about it in his pre-match press conference for Sunday’s Premier League game with Manchester City.

“I thought you were going to ask about (Sergio) Aguero or Gabriel Jesus but you ask about Bale,” he said.

“I honestly feel we’re not going to sign another player until the end of the market but while the market is open, it’s open.”

Christian Eriksen, Danny Rose and Kyle Walker-Peters have all left the club this week but Mourinho does not think anyone else, including Victor Wanyama, will follow before the deadline.

Kane posted a video on social media this week showing his recovery from a hamstring injury, but Mourinho insists nothing has changed in the timescale on his return.

“Everything is going well according to the timings,” he added. “After three weeks of recovering here, he will have a little bit of time to change the environment, he will go with our medical department for a week or 10 days somewhere else, just to break the sad routine of home, training ground, treatment, don’t touch a ball, don’t smell the grass.