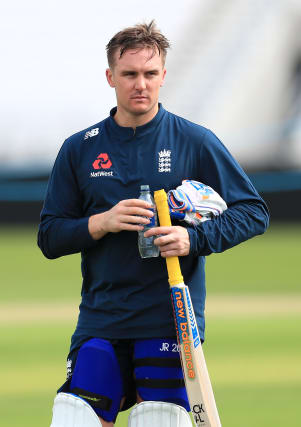 Jason Roy’s century after a top-order collapse underpinned an 77-run win for England in their first 50-over match since lifting the World Cup last year as they overcame a South Africa Invitational XI in Paarl.

Joe Root was out for a golden duck while captain Eoin Morgan also failed to trouble the scorers as England lurched to 16 for three but Roy’s 104 from 99 deliveries, with eight fours and two sixes, spared their blushes.

England were all out for 240 with 5.5 overs remaining but they avoided a scare in their first of two warm-ups at Boland Park before the one-day international series against the Proteas starts in Cape Town next Tuesday.

Chris Woakes, Tom Curran, Matt Parkinson and Chris Jordan took two wickets apiece in a disciplined bowling display as their opponents – whose 11 batsmen had 299 List A appearances between them, contrasting with Morgan’s 364 by himself – slumped from 91 for one to 163 all out in 38.4 overs.

Moeen Ali was also back in the England side for the first time since deciding to take a break from Test cricket last year and he sent down five overs, yielding only 16 runs, but was among those not to bat.

Joe Denly and Tom Banton did visit the crease but both failed to push their claims in the absences of Ben Stokes and Jos Buttler, both of whom have been rested from the forthcoming ODI series.

England’s malaise set in as early as the first over after deciding to bat first as Jonny Bairstow was trapped in front for four, much to his chagrin, before Root was strangled down the leg-side from the next ball.

A position of five for two became 16 for three in the fourth over as Morgan was bowled after missing a cut off spinner Imran Manack, leaving Roy and Denly with a significant rebuilding job.

Roy looked out of sorts early on, unable to time the ball with any real authority and his first four coming courtesy of an inside edge, but he gradually became accustomed to the slow nature of the wicket.

He had passed fifty when Joe Denly departed for 29 off 41 balls after tamely chipping to mid-on off slow left-armer Smangaliso Nhlebela, who snared Banton when the youngster advanced down the track and steered to extra cover.

In contributing just three from 11 deliveries, Banton became the fourth batsman in England’s top-six to be out for a single-figure score, leaving Roy to hold the innings together with the lower order.

After flicking over deep square-leg for his second six, Roy clutched his left leg but any discomfort seemed to have vanished by the time he got to a 94-ball ton before departing for 104, clubbing Justin Dill to long-on.

The industrious Woakes made a handy cameo of 38, including only one four, but both he and Tom Curran were bowled by Beyers Swanepoel before England eventually subsided with 35 balls left unused in their innings.

Jacques Snyman gave the home side’s reply some early impetus, clattering 14 in an over including a towering leg-side six off Sam Curran, who had earlier made the breakthrough by bowling Kabelo Sekhukhune.

England were able to stymie the run-rate before Parkinson took a couple of crucial wickets, after which Tom Curran trapped dangerman Snyman in front with a yorker for 65.

The innings went downhill quickly as England wrapped up victory by a comfortable margin. The sides will play each other again at the same venue on Saturday.