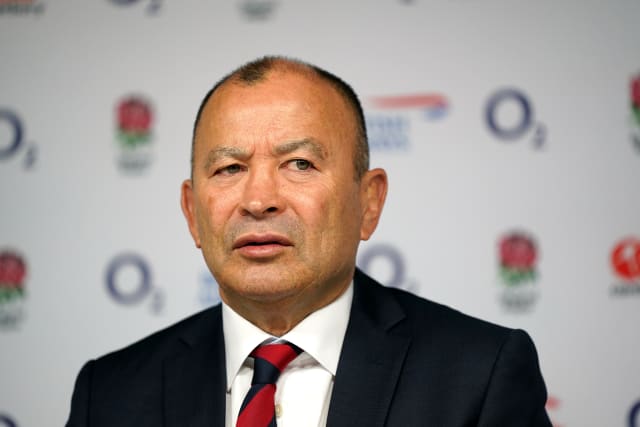 England are intent on tearing into France after Eddie Jones stuck by his pledge to unleash “brutal physicality”, despite local indignation over the language he has used.

Jones is unrepentant after demanding his World Cup runners-up launch their Guinness Six Nations title pursuit with a display of savage intensity in Paris on Sunday.

Upset has been caused in rugby circles on this side of The Channel by the use of the word “brutal”, which when translated into French has explicit connotations of violence.

When it was pointed out to Jones the shock his words had caused, the England head said: “Well, that wasn’t the intention but the game is violent, isn’t it?

“It’s a brutal, physically aggressive game. We saw in the World Cup final how important aggression is.

“It’s going to be the same on Sunday, so I apologise if it’s been interpreted in the wrong way. You should translate it in a better way.

“I’m just saying how I want us to play rugby. Someone asked me how we were going to play, what do you want me to say? We’re going to have a cup of tea?

“It’s what rugby is about and has been ever since I started watching the game and it will be for as long as I watch the game.

“It’s a physical, confrontational game and your aim is to be brutal on the gainline. You either win or lose on the gainline and that will be the case on Sunday.

“England v France always are ferocious games. It’s nicknamed ‘Le Crunch’ and there’s a reason for that – it’s a great rivalry and a historical rivalry.

“It’s a battle for supremacy. We’re looking forward to it and I’m sure France are as well.

“It’s a tough game and we intend to play tough on Sunday. French teams never have been shy and never will be. So we’re expecting that.”

The Stade de France showdown will be England’s first outing since they were flattened 32-12 by South Africa in the World Cup final three months ago.

In the weeks leading up to the Yokohama showpiece they had blazed a trail through the tournament and Jones admits the wound inflicted by collapsing at the final hurdle will never fully heal.

“We will have that scar for the rest of our lives. It never goes away. But it’s how you deal with the scar,” Jones said.

“If you buy good moisturiser, you can lessen the scar. If you don’t put moisturiser on it the scar stays there, so I have been up the chemist this morning and I have bought the best moisturiser I can find in this area.

“Our scar is healing, but it will always be there. It is always there.”

Uncapped full-back George Furbank is one of only two players in the matchday 23 on parade in Paris unmarked by the experience in Japan, replacement prop Will Stuart being the other.

Furbank has been in scintillating form for Northampton in the Guinness Premiership this season and, after seven days in the England camp preparing for France, Jones was convinced the 23-year-old is ready for his Test debut.

“George’s understanding of running lines, his positioning, his support play…he’s just one of those footballers that you don’t need to coach a lot,” Jones said.

“He’s got a good head on him, knows what he’s got to do, knows his role. He just naturally knows how to play. I’ve been really impressed with him.”