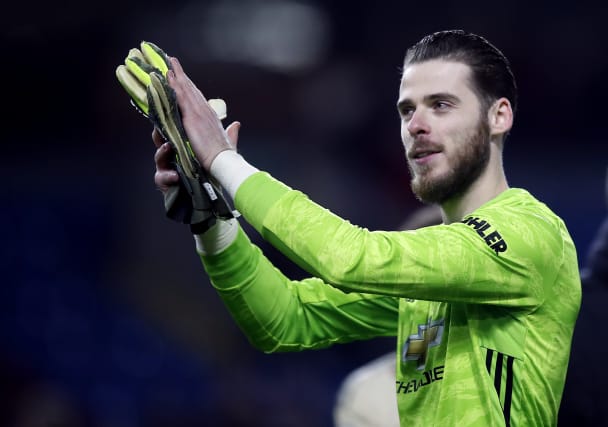 David De Gea will make his 300th Premier League appearance for Manchester United if he lines up against Wolves on Saturday.

The Spain goalkeeper will become the 36th player to make 300 appearances in the competition for a single club, and the eighth to do so for United.

Here, the PA news agency looks at those who have gone before.

De Gea is poised to join a list containing some of United’s greatest names.

Ryan Giggs trails only Gareth Barry for the most Premier League appearances of all time and had a competition-record 162 assists, Wayne Rooney is United’s record scorer and Roy Keane captained the club to nine major honours.

Paul Scholes and Gary Neville emerged alongside Giggs in the famous “Class of 92”, while Rio Ferdinand was an influential presence in defence and long-serving midfielder Michael Carrick remains on the club’s coaching staff.

The eight players including De Gea have combined to make 3,177 league appearances for the club, scoring 450 goals and contributing 401 assists. Rooney scored 172 and had 91 assists, Giggs added 109 goals to his historic assist tally and Scholes claimed 107 goals and 55 assists, while Neville contributed a noteworthy 35 assists from full-back – more than midfielders Carrick and Keane.

De Gea has kept 104 clean sheets, with defenders Neville and Ferdinand involved in 148 and 131 respectively – a combined 383, with a lot of overlap.

Across the 3,000-plus total appearances, the players’ influence on United’s success is apparent with 2,005 wins and only 481 defeats.

De Gea’s triple century will lift United three clear of any other team in terms of the number of players reaching that landmark for the club, with Arsenal and Everton having had five apiece.

Current Toffees full-back Leighton Baines has played 343 league games for the club, third in the Premier League era behind Tim Howard (354) and Leon Osman (352), while Phil Jagielka and David Unsworth also passed 300. Seamus Coleman, their only other current player over 250 appearances, has 263 so is at least a season away from reaching 300 even if he can reclaim a regular place.

Arsenal have Ray Parlour, David Seaman, Dennis Bergkamp, Martin Keown and Lee Dixon with appearance totals ranging from 305 to 333, with no prospect of adding a sixth any time soon.

Liverpool and Chelsea have three players apiece in the 300 club, and they are some of the most famous names in each club’s recent history – Liverpool’s homegrown stalwarts Steven Gerrard and Jamie Carragher and Champions League-winning defender Sami Hyypia, while for Chelsea, record scorer and current manager Frank Lampard and long-time captain John Terry are joined by goalkeeper Petr Cech.

Jussi Jaaskelainen and Kevin Davies each made over 300 Premier League appearances for Bolton, Barry is joined by Gabriel Agbonlahor in doing so for Aston Villa, while Newcastle also have two in Shay Given and the Premier League’s record goalscorer Alan Shearer.

West Ham captain Mark Noble is on 369 and counting for the club, David Silva recently became Manchester City’s first triple-centurion and the other players to achieve the feat were goalkeeper Mark Schwarzer with Middlesbrough, full-backs Jason Dodd and Gary Kelly for Southampton and Leeds respectively and Stoke defender Ryan Shawcross.

Other than De Gea and Coleman, the other Premier League players closing on 300 appearances for their current club are Liverpool and Chelsea captains Jordan Henderson (261) and Cesar Azpilicueta (258) and City striker Sergio Aguero (257).