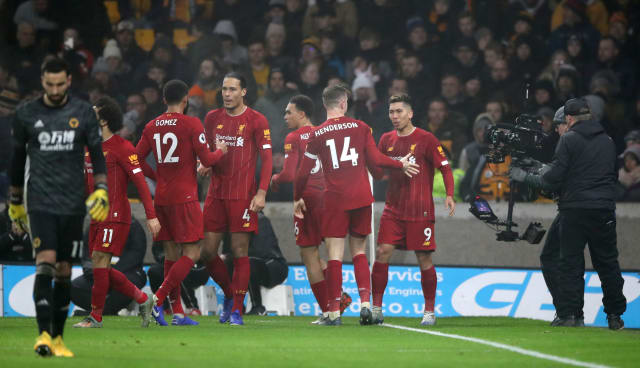 Liverpool’s seemingly inexorable march to a first league title in 30 years pitches them into battle with a resurgent Southampton this weekend as things hot up at the other end of the table.

A gap is starting to open up between the bottom six and the rest, and there is little margin for error with games running out fast.

Here, the PA news agency takes a look at the latest round of Premier League fixtures.

Manchester United new boy Bruno Fernandes could make his debut on Saturday evening as Ole Gunnar Solskjaer’s men entertain Wolves. As if an initial price-tag of £46.6million – which could eventually rise by a further £12.7million – was not enough, the 19-times-capped Portugal international will have to cope with the burden of following Cristiano Ronaldo from Sporting Lisbon to Old Trafford, where it all worked out rather well for the current Juventus superstar.

Danny Rose admitted last year that he could not wait to retire from football after growing weary of the racism that continues to blight the game. Having found himself surplus to requirements at Jose Mourinho’s Tottenham, the 29-year-old England full-back faced a tough decision. However, a loan move to Newcastle has handed him a chance to prove himself all over again, and his first opportunity could come in Saturday’s vital home clash with Norwich.

It’s tough at the bottom

If there is such a thing as a relegation six-pointer, there are two of them this weekend. Eighteenth-placed Bournemouth would leapfrog Carabao Cup finalists Aston Villa, who are two places and as many points better off, with a win over them at the Vitality Stadium, while West Ham – who are clear of the bottom three only by virtue of goal difference – would drag Brighton in 15th firmly back into the mix with a home victory against the Seagulls.

If the need for all those inside the bottom six becomes more pressing by the week, the plight of promoted Norwich grows ever more stark. Daniel Farke’s men head into their trip to Newcastle having collected just 17 points from their first 24 games and one win in their last 11 league games to lie six points adrift of second-bottom Watford. A failure to address that run at St James’ Park could see them slip further off the pace.

Southampton’s recent fightback has been little short of remarkable. Few would have given them much chance of survival on the night at the end of October that they were trounced 9-0 at home by a rampant Leicester. Three months on, they head for Anfield on Saturday having lost just one of their last nine games in all competitions and are only three points worse off than Manchester United in fifth.