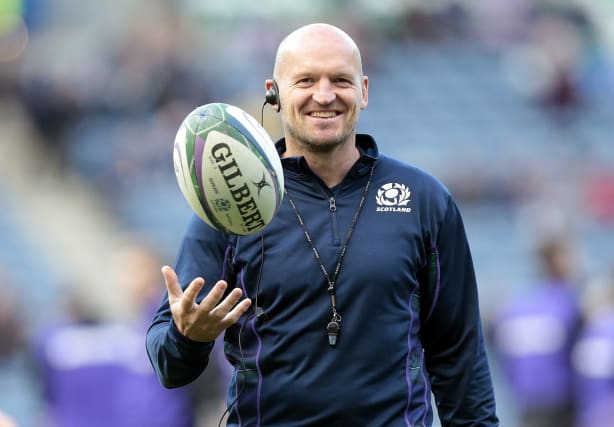 Gregor Townsend has wiped Scotland’s World Cup slate clean – but warned his team they have to put up a better fight against Ireland than they did four months ago.

The Dark Blues got off to a terrible start in Japan as they slumped to a 27-3 loss in their pool opener.

They recovered to beat Samoa and Russia but suffered a humiliating early exit as they crashed again to the tournament hosts.

The Scots will have the chance to avenge their defeat to the Irish on Saturday as they kick off their Guinness Six Nations campaign at the Aviva Stadium.

But Townsend does not believe his team need to use their failure in the Far East as motivation for facing up to Andy Farrell’s men in Dublin.

He said: “I don’t know if we have a point to prove. What I can say is that the team have prepared really well, the intensity levels and communication in training have been excellent.

“Things have gone well, but we know mindset has a big part to play in high-level sport.

“We have to be focused, confident and prepared to do the tough stuff at the weekend.

“It’s a new team. We know the performance in Yokohama wasn’t anywhere near good enough but this is a new team. The players are looking forward rather than back.”

Scotland were caught cold by Ireland inside the opening 12 minutes in Yokohama as James Ryan and Rory Best both ploughed over to score.

And Townsend admits his side cannot be so slow out of the blocks this time.

“It’s important we are in the game and we stay in the fight for as long as possible,” he said. “We are looking to impose our game on Ireland but we know that won’t be easy.

“When you play a team like Ireland, who have so much quality and they are on their own patch, it’s pretty clear they will bring their own energy and their own game.

“The first 20-30 minutes will be tough and we need to be up for that, we need to enjoy the defensive side of the game.

“Ireland, out of all the teams in world rugby, make you tackle the most. There will be high tackle numbers.

“It may change with a new coach, but we don’t think so, we think the formula will be the along similar lines. They have selected an experienced squad.”

Russell was told he would not be involved in the championship opener after being disciplined for breaching team rules last week amid allegations the Racing 92 star was involved in a late-night drinking session at the Dark Blues’ team hotel.

It remains to be seen if Russell will feature during this year’s Six Nations but Hastings will get his chance to prove he can guide the team to victory against one of the sternest defences in world rugby.