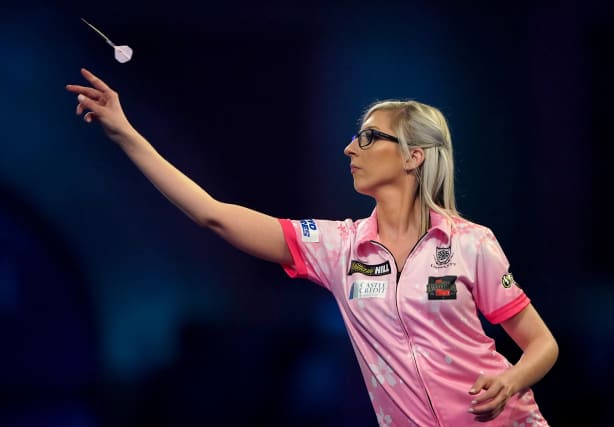 Fallon Sherrock is excited by the opportunity to prove, once again, that she can beat the male darts players as she prepares to make her Premier League debut.

The 25-year-old became the first woman to win a match at the PDC World Championships in December, as she reached the third round at Alexandra Palace.

As a result of her success, Sherrock was named as one of the nine challengers to compete in this year’s Premier League and will face Glen Durrant in the second week at Nottingham on February 13.

“Obviously it’s another big competition, with all the best players and I’m just really excited to get back up there, prove what I can do and hopefully get the result that I want at the end and prove again that I can beat the men.

“I’m just going to treat it the same as what I normally would, I’m going to try and put as much practice in as I can.”

Sherrock has been given advice from friend and current world number one Michael Van Gerwen ahead of her first match in February.

“Michael, he gives me advice on how to approach situations like this and he just tells me ‘prepare how you normally would and enjoy it’ – so that’s what I’m going to do, just enjoy it and hope I play my better darts when I’m relaxed,” Sherrock added.

After her impressive performance at Alexandra Palace, recording wins over Ted Evetts and 11th seed Mensur Suljovic, Sherrock fell short of securing a Tour Card at Q School, but she has vowed to improve and hopes to get a place on the tour next year.

She said: “With all the opportunities that have opened up for me, when I went to Q School the first day was brilliant, I was fine, but the fact that I had the opportunity to go and try for it meant quite a bit for me.

“Because I’m trying to push myself, I’m trying to better myself so it was a good experience all round and I’m hoping next year I can try and go for it again and hopefully accumulate enough points if not win one straight out.

“So I know what I have got to work on.

“Hopefully I’ve got a whole year now with playing the best players that there are in the world, and that is going to improve my game, so I might be ready for Q school and a tour card.”

:: Fallon Sherrock was speaking on behalf of Ladbrokes ahead of the Ladbrokes Masters in Milton Keynes this weekend ::