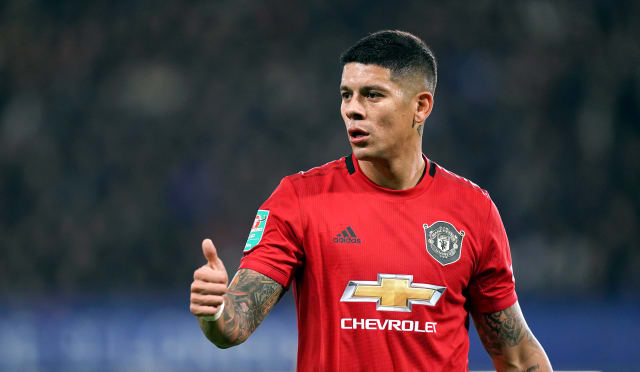 Estudiantes have announced the signing of Manchester United defender Marcos Rojo on loan for the rest of the season.

The 29-year-old Argentina defender returns to the club where he first came through the ranks, and links up with ex-United midfielder Juan Sebastian Veron, who serves as the club’s chairman.

Estudiantes announced the signing with a short video, writing on social media: “Your dream and that of the Pincha family come trues. We meet again. Welcome and thanks for coming back, Marcos. We welcome you with the heart.”

Rojo joined United in 2014 in a £16million move from Sporting Lisbon, but suffered the first in a series of injuries just a month after making his debut.

He made 22 Premier League appearances in his first season but was never able to top that number during his time at Old Trafford, and was restricted to just nine appearances this season, the last of them in the 3-1 win over Brighton on November 10.

In all, Rojo has made 102 appearances for United, scoring two goals.

Despite being linked with a move away at the time, Rojo signed a new United contract in 2018, committing himself to the club until 2021.

His move back to Estudiantes comes just days after Ole Gunnar Solskjaer talked down the prospect of a January exit for Rojo.