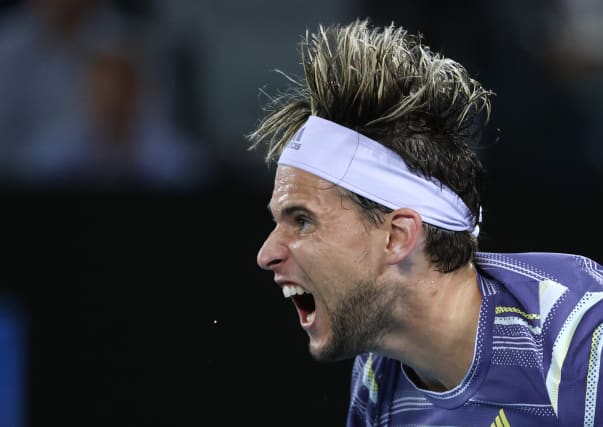 Dominic Thiem produced a superb performance to send an angry Rafael Nadal tumbling out of the Australian Open in the quarter-finals.

The world number one had hoped to equal Roger Federer’s record of 20 grand slam singles titles but that will have to wait after fifth seed Thiem powered his way to a 7-6 (3) 7-6 (4) 4-6 7-6 (6) victory to set up a clash with Alexander Zverev.

Zverev had joked of his rivals: “I’ll have a cold glass of Coke sitting in my hotel room… hopefully watching them play for six hours.”

It did not quite take that long but after four hours and 10 minutes it was Thiem who clinched another dramatic Melbourne encounter.

He looked like he might have blown his chance when he played a horribly nervous game serving for the match at 5-4 in the fourth set but recovered impressively in the tie-break.

Nadal saved two match points, the second with a HawkEye challenge after a Thiem lob had been called in, but on the third the Spaniard netted a forehand.

Thiem, beaten by Nadal in the last two French Open finals, had never reached the last eight here before but, if he can maintain this form, he will have a good chance of winning a first grand slam title.