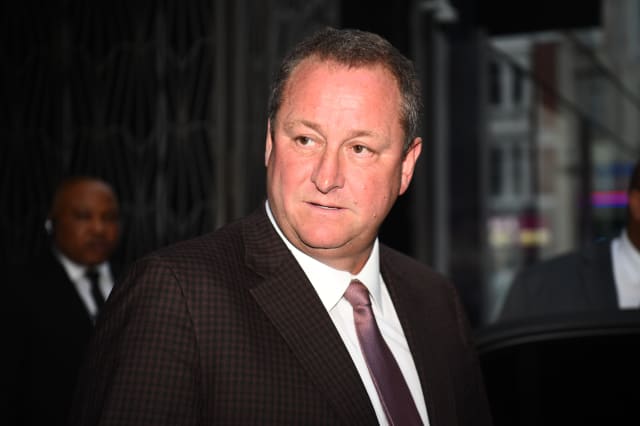 Newcastle fans have joined forces to urge Mike Ashley to end a “toxic relationship” by selling the club to a Saudi-led consortium.

A collective of supporters’ groups, including the Magpie Group and Toon For Change, has issued a joint statement amid speculation that the Saudi Arabian Public Investment Fund could be close to making a decisive move in a long-running takeover saga.

The statement said: “Tony Jimenez, who was reportedly appointed by Mike Ashley in January 2008 to sell Newcastle United, once said: ‘Mike wanted me to sell the club on the basis of my relationships with the Middle East. If he had played his cards right, Mike could have sold Newcastle to Abu Dhabi before they bought Manchester City’.

“Fast forward 12 years that have seen a catalogue of disastrous appointments, staggering mismanagement, commercial and sporting stagnation, baffling decisions and two relegations at a club that was playing Champions League football four years prior to Ashley taking over.

“Now, we understand that one of the wealthiest investment groups in football history has made what has been described as an acceptable bid for Newcastle United. Reports suggest the finances are in order, due diligence has been completed and proof of funds has been confirmed.

“Amanda Staveley previously brokered the Manchester City deal on behalf of the Abu Dhabi group. The expertise is there. The money is there. The last remaining hurdle is Ashley’s answer.

“Mike Ashley has long said that he would step aside once there was somebody that could take our club to the next level. Previous takeover attempts have apparently proved to be a waste of his time.

“However, we believe that this time he has a concrete bid, proof of funds is not an issue and there is a willing buyer. If he really does want to sell the club as he has said, he should accept the offer and end this toxic relationship once and for all.

“Ashley should not stand in the way of this once in a lifetime opportunity for our club, our communities and our proud city. It’s time for him to take his money and get out of our club.”

News of the Saudi interest, which is also said to include the Reuben brothers and is being brokered by financier Amanda Staveley, was broken by the Wall Street Journal at the weekend.

Ashley, whose representatives remain in discussions with two other interested parties, was unhappy with the leak of information, which sent Tyneside into a frenzy.

It has been claimed a deal could be struck inside 48 hours, although it is understood that time-frame is ambitious at best.