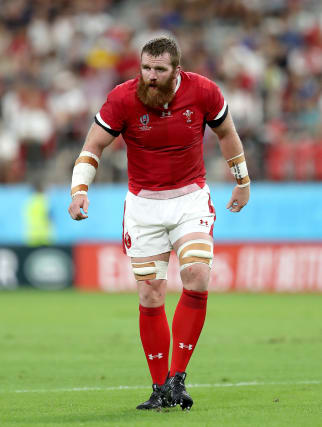 Pivac takes charge of his first Guinness Six Nations game on Saturday when Wales kick off this season’s tournament by tackling Italy in Cardiff.

The 57-year-old has a tough act to follow, succeeding his fellow New Zelander Warren Gatland, who masterminded three Six Nations Grand Slams and two World Cup semi-final appearances during a reign that began in 2008 and ended earlier this season.

Wales lock Ball knows Pivac and his methods better than most, having worked with him throughout Pivac’s five-year coaching stint at the Scarlets.

And, as Pivac prepares to make the step up to Test rugby, so 42 times-capped Ball has highlighted the qualities of a coach who has enjoyed success at every level.

“I think Wayne is very clear on the way he wants to play in terms of pattern and player-wise,” Ball told the PA news agency.

“We want to play an exciting brand of rugby and it is going to be really interesting the next few weeks.

“I think he will really enjoy it. He knows when to have a laugh and he knows when to be serious. I think that’s really important in this environment.

“He is very good at picking players. He understands players very, very well.

“In terms of individuals, everyone is slightly different, and he gets to know each player individually. How you deal with players is really important from a head coach.

“Some boys respond well to a kick in the backside – some lads don’t. He is very good and smart in the way he has those conversations in order to get the best out of players.

“A lot of it is getting the best motivation out of players and I think he is extremely good at doing that.”

“I have been really impressed with ‘Humph’,” added Ball. “He has come in and chucked a few spanners in there, which has been great.

“He has put across exactly what he wants to see from a set-piece point of view.

“There are no grey areas. It is very clear, and I think that’s brilliant from a player point of view. You know exactly what you have got to do to go out and deliver on a weekend and that’s really important.

“We’ve spoken about trying to keep the title. We appreciate the success we’ve had.”

Key to a successful campaign is likely to be the second-row partnership between Ball and skipper Alun-Wyn Jones.

If 34-year-old Jones features in all of Wales’ Six Nations games this term, he will move level with McCaw on 148 Test match appearances.

“What Al has achieved is massively impressive,” Ball added. “The way he has looked after himself and the performances he has put in is incredible.

“He’s had a hell of a run and he is still going.

“I think that makes it even more credit to him. I would think he would say from when he first started playing in the second-row to now the game has evolved massively.

“It’s fantastic to have him there and what a great guy to have in the team.”