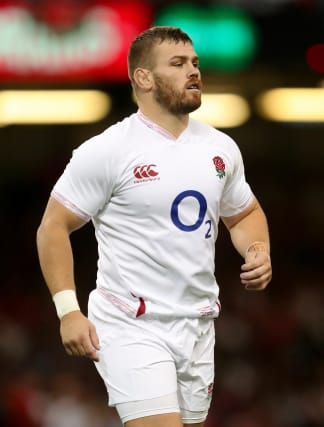 Luke Cowan-Dickie could miss England’s Guinness Six Nations opener against France on Sunday after returning home from the squad’s Portugal training base for family reasons.

If he is unable to rejoin England in time for Friday’s team announcement, Bath front row Tom Dunn will be given the chance to make his debut off the bench in Paris with Jack Singleton on standby to be called up as cover.

“We’re hopeful he’ll be back but family comes first so it’s more important to respect the position he’s in. But we’ve got plans in place to cope.”

Mako Vunipola missed training on Wednesday as a precautionary measure after sustaining a knock to the eye 24 hours earlier, but is expected to feature against France.

England play their first match since being crushed 32-12 by South Africa in last autumn’s World Cup final – the disappointing climax to an otherwise superb tournament.

They enter the Six Nations as clear favourites and Mitchell, Jones’ number two, insists there is more to come from a team that routed New Zealand in glorious fashion in the semi-finals before crumbling against the Springboks.

“I’m more disappointed for the lads because you understand how much they put into it. But we’re in the Six Nations now and we have a choice around our mindset,” Mitchell said.

“There’s a lot more to come from us. We’re looking for little gains and to build a side that can cope with anything chucked at it.

“The game is demanding a lot of change very quickly, so it’s about our ability to adapt to those situations quickly.

“The game is getting quicker and we’re very much in a defence cycle and that’s presenting attack with a really big challenge of finding ways to open up defences.”