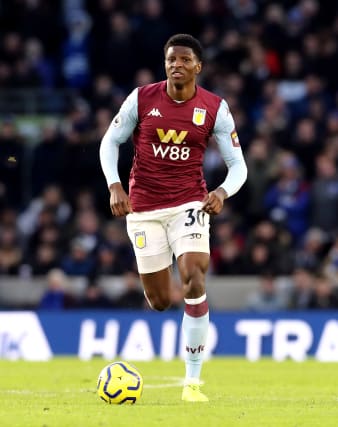 Kortney Hause has revealed Aston Villa resorted to “the dirty side of the game” to help clinch their place in the Carabao Cup final.

Villa boss Dean Smith said his side were “very aggressive” in Tuesday night’s 2-1 semi-final second-leg win over Leicester at Villa Park that secured a 3-2 aggregate victory and a March 1 clash with Manchester City at Wembley.

Defender Hause, however, has expanded on Smith’s remark by confirming the plan was to foul Leicester’s players to break up any attacking momentum.

“I thought we showed them a bit too much respect at their place,” said Hause, referring to the 1-1 first-leg draw at the King Power Stadium.

“We didn’t want to show them any respect. We wanted to get up against them and I thought we did that quite well, restricted them from playing, especially in the first half. In the second half, the game became a little stretched out, but we also dealt with that well.

“The game plan was not to give them any respect and go up against them and foul them.”

Pressed on his “foul them” comment, Hause added: “Literally – to break up their play.

“It’s part of the game. It came from the manager, but also us as players as well. We’re old enough and experienced enough to recognise what we’ve got to do on the pitch.

“As soon as they looked like they were going to break through, bring them down, break up the play. It’s part of the game, and that’s what we did well.”

Hause feels it is a style of play Villa will have to execute in the final, particularly after being humiliated 6-1 by Manchester City earlier this month, and in their efforts to secure Premier League survival, starting with this Saturday’s relegation clash with Bournemouth.

“Being aggressive, getting in people’s faces, breaking up the play and, as bad as it sounds, fouling people is part of the game,” said Hause.

“In terms of scrapping, work hard, you’ve got to do it in every game, whether it’s Bournemouth, Man City or Liverpool, whoever.

“Literally, you’ve got to do the basics in football, and the basics are working hard, fighting for each other and just giving your all.”

It is the back-to-basics approach that Hause feels has also played a part in Villa securing dramatic, late victories, with Trezeguet’s stoppage-time winner against the Foxes coming a week after Tyrone Mings’ deflected effort in the fifth minute of time added on beat Watford.

“We’re not in the greatest position at the moment in the league and in previous weeks performances haven’t been there so we’ve just gone back to basics really, and that’s hard work and having that belief that we can get something out of every game – and we have showed that,” said Hause.

“Again, it’s come from the manager, but it’s come from us players as well because we want to do well and kick on. Being at the bottom is not great for your mind or your mentality.

“We want to do well in our careers so it’s been about going back to basics and putting the groundwork in, and that’s working hard every day and upping the tempo in training which leads on to game day.

“We’ve got quality in our team to create chances and score goals. If we just do the basics, I’m sure everything else will come through and show.”