Police are working with security officials to identify members of a hooded mob who targeted the home of Manchester United's executive vice-chairman.

The gang gathered outside Ed Woodward's Cheshire mansion on Tuesday night and went on to throw a flare and a firework over the gated property.

Red paint was also reportedly sprayed at the address in the Knutsford area. 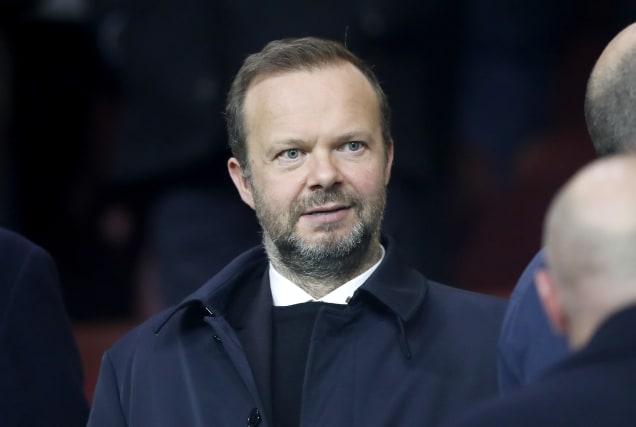 Cheshire Police confirmed they were called at about 10.45pm to an incident of criminal damage which happened earlier in the evening and involved a "large group".

A spokeswoman said: "Thankfully no-one was harmed, and officers will liaise with security officials over the coming days to establish the full circumstances surrounding this incident and identify those involved."

It is thought that Mr Woodward, who is married with two young children, was not at home at the time.

Manchester United said anyone found guilty of a criminal offence in connection with the incident would be banned for life by the club.

A statement said: "We know that the football world will unite behind us as we work with the police to identify the perpetrators of this unwarranted attack.

"Fans expressing opinion is one thing, criminal damage and intent to endanger life is another.

"There is simply no excuse for this."

Some Manchester United fans have voiced their discontent with Mr Woodward and the club's owners, the Glazer family, at recent matches as the team languishes 33 points behind Premier League arch-rivals Liverpool.

In October 2010, up to 30 balaclava-clad men turned up at former striker Wayne Rooney's then home in Cheshire after he had initially refused to sign a new contract.