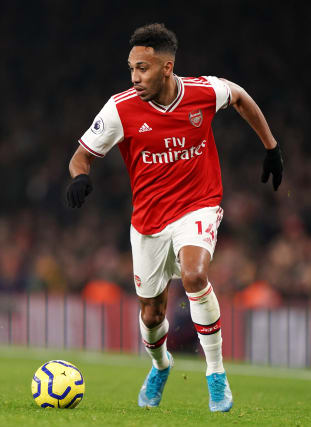 Arsenal will not allow Gabon striker Pierre-Emerick Aubameyang to leave for less than £50million amid interest from Barcelona, according to the Daily Express.

Sheffield United are the only club to make an offer for Genk’s Norway international midfielder Sander Berge as talks continue over a £27m move, the Daily Mail reports.

Wolves will complete the £21m signing of Daniel Podence from Olympiakos in the next 48 hours, says the Daily Telegraph.

Manchester United could let midfielder James Garner, 18, leave on loan until the end of the season, according to the Manchester Evening News.

Pablo Mari: Arsenal are still locked in crunch talks with Flamengo for Mari, with the Brazilian side wanting more than the £7.5m the Gunners put on the table for the defender, according to the Daily Mail.

Rodrigo: Barcelona have ended their interest in Rodrigo due to Valencia’s asking price, the Evening Standard reports.