Cup heartbreak will drive us on in league, says Leicester boss Rodgers 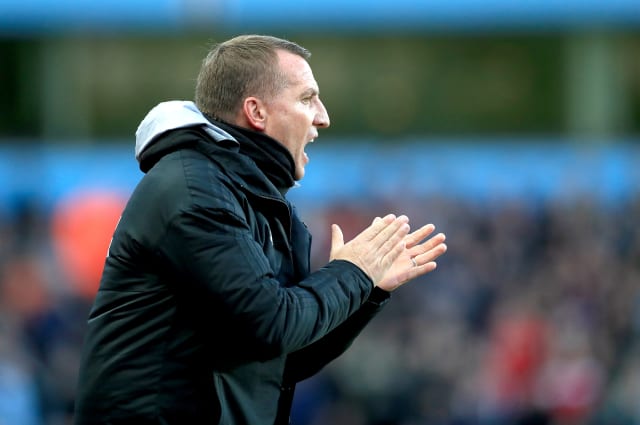 Leicester boss Brendan Rodgers has backed his team to bounce back from their Carabao Cup heartbreak when they return to Premier League action against Chelsea at the weekend.

The Foxes missed the chance to reach a first domestic cup final for 20 years as they were beaten 2-1 at Aston Villa on Tuesday night.

Trezeguet struck in added time to give Villa a 3-2 aggregate success and send them to Wembley, where they will play either Manchester City or Manchester United on March 1.

Leicester host Chelsea on Saturday and Rodgers thinks it is a good game as his side look to respond following their cup disappointment.

“We’ve got a fantastic game at the weekend, third against fourth in the Premier League. Then they will have a good break, come back, and get ready for the final part of the season,” said Rodgers.

“We are in a good position in the other cup and going well in the league. The mentality of the team is they want to succeed.

“The players will be disappointed but they will recover. It’s a big game on Saturday and they can use that disappointment to drive themselves on.”

Leicester created a host of chances in the first leg at the King Power Stadium but could only manage a 1-1 draw and Rodgers felt they were ultimately made to pay for their failings in front of goal.

“We had so many opportunities over the two games, if I have a criticism it’s that we could have been more clinical,” said the Foxes boss.

“I still felt when we conceded we stayed calm and kept our composure and worked our way through and the speed in our game was still there and we deserved the equalising goal.

“After that, at 72 minutes, it looked like the momentum was with us, it looked like we were the team that could go on and win it. So to lose it was hugely disappointing, but we didn’t take our chances.”