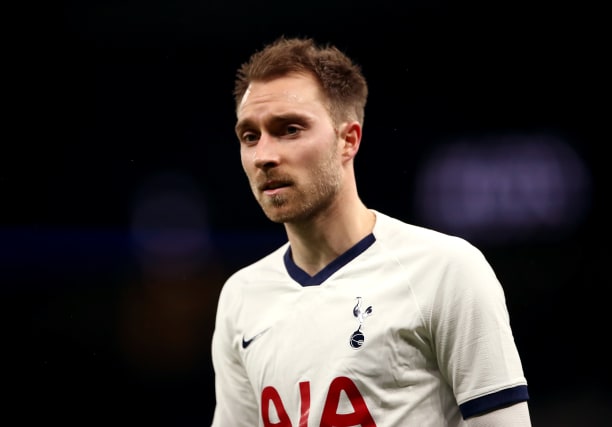 The 27-year-old, who was out of contract in the summer, has signed for the Serie A side for a fee in the region of £17million.

Eriksen ends a glittering six-and-a-half-year stay in north London, where he was a driving force behind Spurs’ ascent towards to the top of the English game.

As Eriksen’s departure was announced, Spurs revealed they had taken the option to make Giovani Lo Celso’s loan move from Real Betis permanent.

The Argentinian, seen as a natural replacement for Eriksen, has joined for £27.2million on a deal until 2025.

A Spurs statement read: “We are delighted to announce that we have exercised the option to convert the loan of Giovani Lo Celso from Real Betis Balompie to a permanent transfer.

“Gio has signed a contract with the club until 2025.

“The midfielder has produced impressive performances after establishing himself in the team following a hip injury which restricted his playing time in the early part of his loan at the club.”