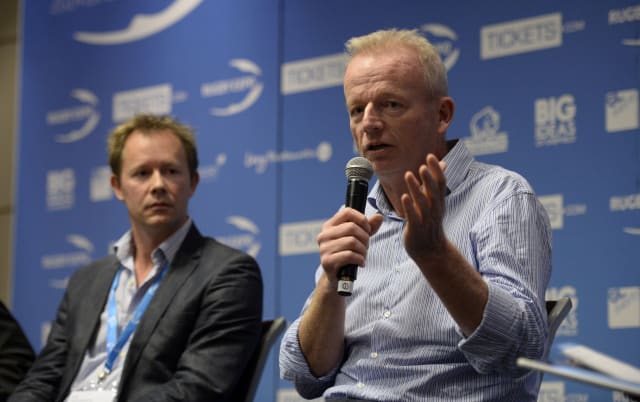 Saracens have been handed an additional 70-point deduction that ensures they will be relegated from the Gallagher Premiership in bottom place just hours after Ed Griffiths departed as interim chief executive.

In the latest twist to the salary cap scandal to have engulfed the double winners, Premiership Rugby has announced that their total points deduction will now stand at 105 after they were initially docked 35 in November.

PRL had already decided Saracens will be relegated in June following repeated breaches of the £7million ceiling for player wages enforced by the league and this additional sanction guarantees they will finish 2019-20 in 12th place.

The clarification over the mechanism for their demotion to the second tier of English rugby means their new points total is minus 77, leaving them 89 adrift of Leicester in 11th place.

In addition, PRL has amended two of its salary cap regulations in mid-season following unanimous approval of its 13 constituent clubs.

Now any club can be subjected to a mid-season audit should they be in breach of or are suspected of being in breach of salary cap regulations, while failure to comply could result in a 70-point deduction.

The announcement came on the day the scandal claimed another victim after Griffiths stepped down with immediate effect.

Griffiths departs just 26 days into the 12-month contract that brought him back to Allianz Park for a second spell designed to steer the double winners through the crisis.

Griffiths joins former chairman Nigel Wray and former chief executive Mittesh Velani in leaving positions made untenable by the scandal that has plunged the double winners into tier two of English rugby.

"This was always going to be a very short-term appointment and others are well-placed to drive forward the rebuilding of the club," Griffiths said.

In a short statement released on Tuesday afternoon, new Saracens chairman Neil Golding thanked Griffiths for his time in a role that began on January 2 with the recruitment process for his successor already under way.

"The club is very grateful to Edward for temporarily stepping away from his other commitments to provide significant assistance during a difficult period, and wishes him well in the future," the statement said.

Last week, Griffiths denied working as a cricket agent, following claims he had been reported to the England and Wales Cricket Board.

The former Saracens chief executive rejected any wrongdoing after reports in a national newspaper alleged that the ECB was investigating a possible conflict of interest over his consultancy role with Middlesex.

"I have worked as a consultant acting for Middlesex for the last three years, helping players there with areas beyond cricket, and that's involved doing lots of things that would perhaps in other circumstances be thought of as things an agent would do.

"But I have only ever been acting on behalf of and for Middlesex."

Saracens have now breached salary cap regulations in five of the last seven seasons and their conduct was repeatedly condemned by the report into their 'financial doping'. The club cannot be stripped of their titles under PRL regulations.

"We note from the judgement there is no evidence to suggest the players were complicit in any of the club's actions.

"We have been in dialogue with Premiership Rugby regarding the further deduction of league points, which provides greater certainty for clubs, supporters and the wider game.

"We back and will continue to support those England players at the club and wish all our players the very best for the upcoming Six Nations."