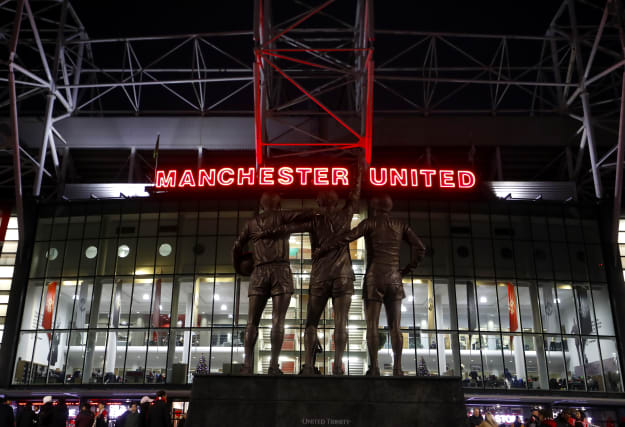 Manchester United have condemned an "unwarranted attack" on the home of one of their employees amid reports flares were thrown at the home of the club's executive vice-chairman Ed Woodward.

Videos shared on social media appear to show hooded people outside a property throwing flares over the gate.

On Tuesday evening United issued a statement condemning an "unwarranted attack" at the home of one of their employees.

United said anyone found trespassing on the property faced being banned for life from the club and may be prosecuted.

A spokesman added: "Manchester United Football Club have tonight been made aware of the incident outside the home of one of our employees.

"We know that the football world will unite behind us as we work with Greater Manchester Police to identify the perpetrators of this unwarranted attack.

"Anybody found guilty of a criminal offence, or found to be trespassing on this property, will be banned for life by the club and may face prosecution.

"Fans expressing opinion is one thing, criminal damage and intent to endanger life is another.

"There is simply no excuse for this."