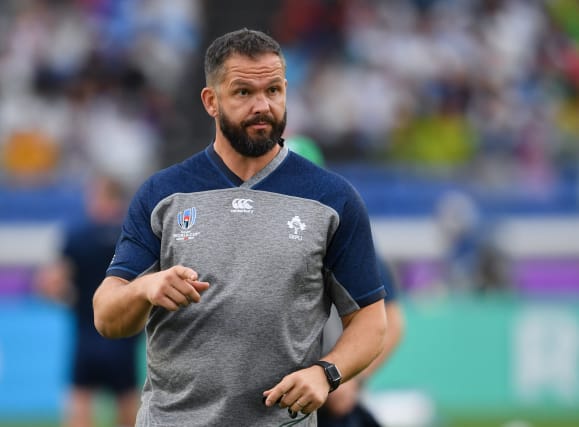 Ireland scrum-half Conor Murray has been selected ahead of John Cooney for the Guinness Six Nations opener against Scotland, while Caelan Doris will make his international debut.

The choice between the experience of Murray and the outstanding form of Cooney was the biggest call facing new head coach Andy Farrell.

Farrell has opted to show faith in 78-cap Munster player Murray, with 29-year-old Cooney among the replacements, despite a series of fine displays for Ulster.

Uncapped Doris, a former Ireland under-20s captain, has been rewarded for his club performances with a start at number eight.

His Leinster team-mate Ronan Kelleher, who has not played since fracturing a hand on December 7, is named among the replacements and will have to wait for his debut, with Rob Herring starting at hooker in place of retired former captain Rory Best.

New skipper Johnny Sexton is fit to lead Ireland into the Farrell era on Saturday in Dublin after overcoming a knee problem suffered in December to start at fly-half.

Wing Jacob Stockdale, a regular under former coach Joe Schmidt, retains his place, with Andrew Conway coming in on the opposite side, while Garry Ringrose and Bundee Aki have been selected in the centre.

Full-back Jordan Larmour completes the backs, having recovered from a foot problem sustained in Leinster’s Champions Cup victory over Benetton.

James Ryan and Iain Henderson will continue their second-row partnership despite a return to form of Devin Toner, who was a shock omission from Schmidt’s World Cup squad.

Flankers CJ Stander and Josh Van Der Flier will play either side of newcomer Doris in the back row.