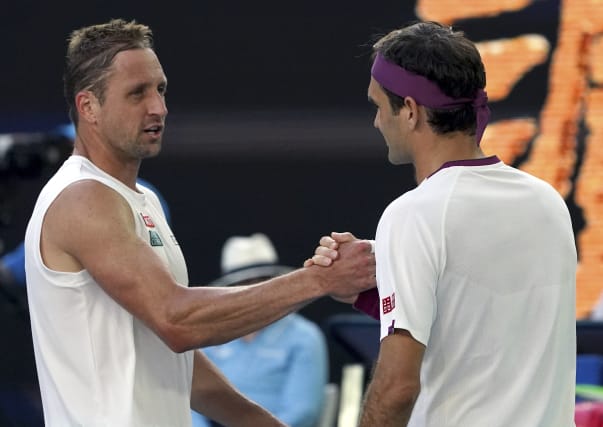 Roger Federer continued to bring the drama to Melbourne Park with an extraordinary comeback to beat Tennys Sandgren in the quarter-finals.

The third seed saved seven match points to move through to a 50th meeting with Novak Djokovic – who easily dismissed Milos Raonic – in the last four on Thursday.

Ashleigh Barty is two victories away from becoming the first home winner of the ladies’ title in 42 years after prevailing in her quarter-final match with Petra Kvitova. She next faces first-time semi-finalist Sofia Kenin.

Nick Kyrgios’ new-found good standing in his home country had Australians glued to their TVs on Monday night when he took on Rafael Nadal. Channel Nine reported that a peak of more than 3.3 million people – 13 per cent of the population – tuned in to see the Spaniard prevail in an exciting encounter.

Ons Jabeur’s run made her the first Arab woman to reach the quarter-finals of a grand slam in singles, and the achievement has certainly not gone unnoticed in her home country.

The 25-year-old, who lost to Kenin, said: “My phone is still going crazy right now. I actually talked to the president of Tunisia. He called me. He wished me good luck. That was really nice of him. Everyone is crazy.”

After his enthralling clash with Kyrgios, Nadal returns to Rod Laver Arena to take on in-form fifth seed Dominic Thiem in the quarter-finals on Wednesday.

The winner of that match will face either 2014 champion Stan Wawrinka or seventh seed Alexander Zverev, the only man yet to drop a set, in the last four.