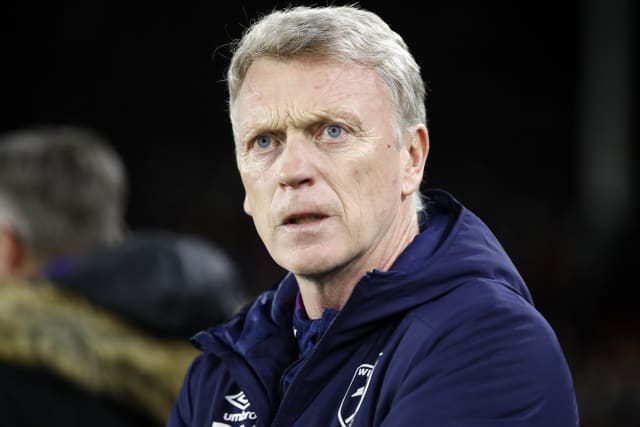 David Moyes wants to be the man to fix West Ham following their latest slump into crisis-club mode.

A familiar air of impending doom has descended on the Hammers, who are on the brink of slipping into the relegation zone and were dumped out of the FA Cup, at home, by West Brom at the weekend.

There are further fan protests against the board planned next month, while the club’s annual financial report was accompanied with a warning of the “serious financial consequences” that relegation would bring.

As if things could not get any worse West Ham play their game in hand on Wednesday night, against runaway leaders Liverpool.

But Moyes insisted: “I want to be the person who comes to mend it, and I always think the person who mends it is the manager and the team. They are the ones who mend it.

“Can we mend it right away? I don’t think we can mend it immediately, but if we can get through this,  I think we can make things much better.”

The Hammers made a pre-tax loss of £28.2million, which they say was driven predominantly by investment in the squad and wages, but that does not include the £45million signing of Sebastien Haller, nor the money spent on paying off previous manager Manuel Pellegrini and his staff in December.

Talk of potential financial disaster only adds to the pressure to stay up, but Moyes, who led West Ham to survival two seasons ago, added: “We’re all under pressure because of the position we’re in.

“I’m fully aware of that and it gives me pressure. I would rather be sitting much higher up the league, thinking we’ve not got the pressure of relegation, but we have. We have as a club, we have as a team and as a manager.

Moyes revealed injury-hit midfielder Jack Wilshere will undergo a hernia operation on Wednesday in yet another bid to get him fit.

Moyes is close to landing midfield cover in the shape of Czech international Tomas Soucek, from Slavia Prague, and is understood to be chasing RB Salzburg right-back Rasmus Kristensen.

Meanwhile defender Winston Reid, sidelined for 18 months with a knee injury, is heading to the United States on loan.