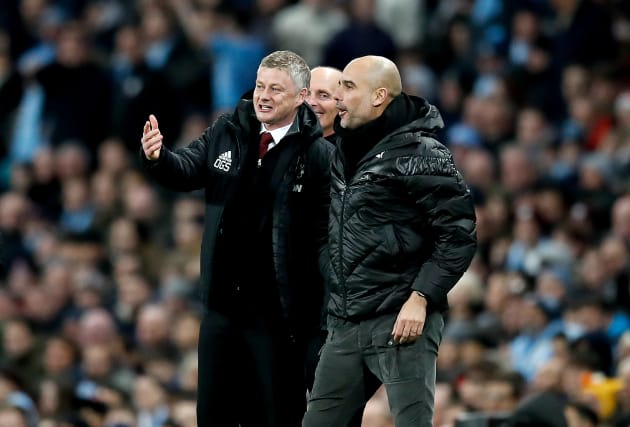 Manchester City and Manchester United face off for a place in the Carabao Cup final on Wednesday evening.

Ahead of the semi-final second leg at the Etihad Stadium, the PA news agency has taken a look at some of the main talking points.

Manchester City have won the last two editions of the Carabao Cup and can become just the third team to reach three successive League Cup finals – a feat few would bet against them achieving given their 3-1 first-leg win at Old Trafford. Pep Guardiola’s men ran amok in the first half, but Marcus Rashford’s second-half goal keeps the tie alive.

Can United cause another Etihad upset?

If it had not been for Rashford’s goal three weeks ago, this tie would be as good as over. History does not make great reading for United given only one of the previous 29 teams to win the first leg by two goals or more have been gone on to be eliminated in League Cup semi-final history. But Solskjaer’s side can take confidence from December’s 2-1 shock win at the Etihad Stadium and the United boss has told his players to invoke the spirit of last year’s jaw-dropping Champions League comeback at Paris St Germain.

How will injuries hurt United?

Rashford shone when the sides met in December and scored earlier in the month, but misses the return leg with a back injury. Scott McTominay is another of December’s Etihad Stadium starters that is out due to injury, while star turn Paul Pogba continues to be sidelined by a troublesome ankle. Those issues leave United looking particularly light in midfield, which could be compounded as Solskjaer raised questions over the fitness of Nemanja Matic in his press conference.

While City’s hopes of retaining the Premier League are surely already over, their 65-goal haul is comfortably the highest in the division. They have broken the 100-goal barrier across all competitions and it will be a tough ask for Harry Maguire and Co to stop their free-scoring attack on Wednesday evening. City, though, could also be in for a tough evening. They failed to contain United’s counter-attack when the sides met in December and star defender Aymeric Laporte, who missed that meeting with a knee injury, is a doubt to feature on Wednesday.

Guardiola upset a number of City supporters over the weekend after expressing his frustration about the empty seats against Fulham in the FA Cup fourth round, rather than showing understanding of the expense of going to a match shown on terrestrial TV. The City boss attempted to clarify his remarks about supporters on the eve of Wednesday’s semi-final, where it will be interesting to see if there is any reaction to the comments.