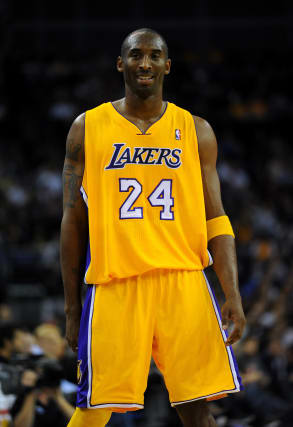 Tributes have poured in for Kobe Bryant after the former basketball star has died in a helicopter crash at the age of 41.

The likes of US president Donald Trump, Usain Bolt, Tom Brady, Whoopi Goldberg, Lennox Lewis, Andy Murray and Justin Bieber were among those to pay their respects to the five-time NBA champion on social media.

Bryant, regarded as one of the best players of all time, represented the Los Angeles Lakers for all of his 20-year career and also won two Olympic gold medals before retiring in 2016.

President Trump wrote on Twitter: “Reports are that basketball great Kobe Bryant and three others have been killed in a helicopter crash in California. That is terrible news!”

Joel Embiid, a three-time NBA All-Star playing for Bryant’s hometown team the Philadelphia 76ers, said he took up basketball after watching “legend” Bryant in action and wanted to emulate him.

The Cameroon-born centre wrote: “Man I don’t even know where to start. I started playing ball because of KOBE after watching the 2010 finals. I had never watched ball before that and that finals was the turning point of my life. I WANTED TO BE LIKE KOBE. I’m so FREAKING SAD right now!!!! RIP LEGEND”

Former record-breaking Olympic sprint champion Usain Bolt tweeted: “Still can’t believe” along with a photo of him with Bryant.

Shooting guard Dwyane Wade, who won three NBA titles with the Miami Heat and was a team-mate of Bryant’s with the United States, wrote: “Nooooooooooo God please No!”

Team USA wrote: “We are deeply saddened by the loss of two-time Olympic champion Kobe Bryant. Our thoughts are with his family and loved ones.”

TV presenter Whoopi Goldberg wrote: “RIP Kobe, hero to many including my grandson, extraordinary athlete and always kind to me & my family. My deepest condolences to his family.”

Fellow boxer Tony Bellew, meanwhile, wrote: “Truly heartbreaking news about the great Kobe Bryant! An iconic figure who will go down with the greatest of his generation.”

Three-time grand slam tennis champion Andy Murray also paid tribute to Bryant, saying on an Instagram story “This has hit me hard”, while adding “Thinking of all his family, friends and colleagues.”

Morgan, a two-time World Cup winner and gold medallist at the 2012 London Olympics, wrote: “My heart is heavy with the news of Kobe Bryant. Prayers go out to his family right now through this unthinkable time.”

Serie A giants AC Milan tweeted: “We have no words to express how shocked we are to hear of the tragic passing of one of the greatest sportsmen of all time and Rossonero fan, Kobe Bryant. All our thoughts are with the families of those affected by this tragic accident. You will forever be missed, Kobe.”

Biles, winner of 23 Olympic and World Championship gold medals, wrote “rest in peace Kobe” alongside a picture of Bryant with the USA women’s gymnastics team.

Singer Bieber also put an old picture of him alongside Bryant on Instagram, saying: “It can’t be. You always encouraged me mamba. Gave me me some of the best quotes that we smile about to this day.! Love you man!