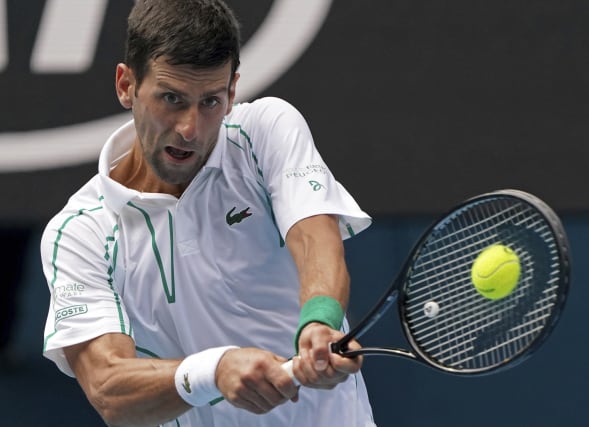 Tennis stars at the Australian Open have paid tribute to Kobe Bryant following his death in a helicopter crash.

Bryant took up the sport following his retirement from basketball and was friends with a number of leading players.

He was at the US Open last summer and sat in Naomi Osaka’s box for one of her matches.

He also wrote a children’s book about tennis released last year called Legacy and the Queen.

Novak Djokovic, who will play his quarter-final in Melbourne on Tuesday, was among those who knew the 41-year-old.

Writing on Instagram on Monday after learning of the death of Bryant and his daughter Gianna, the world number two said: “My heart truly mourns over the news today.

“Kobe was a great mentor and friend. There are not enough words to express my deepest sympathies to the Bryants and every family suffering from this tragedy.

“May God bless you and your Gianna. Thank you for being there for me and inspiring the entire world. Thank you for showing all of us athletes how to compete and respect sport.

“Thank you for the greatest legacy you leave behind with us. I’ll never forget your smile spreading positive energy everywhere you went. You and your daughter will live forever in our hearts.”

Djokovic had spoken about his friendship with Bryant in an interview on ESPN only a few days ago, describing how the LA Lakers star had helped him when he was going through a difficult patch in his life and career.

Djokovic said: “He was one of the people that was really there for me and could give me some very valuable advice and guidelines to believe and trust in myself.

“I’m very grateful to him for being there for me, for being very supportive. I love Kobe – who doesn’t? He’s an amazing guy and one of the best basketball players and athletes of all time.”

Maria Sharapova was another player who said Bryant had helped her through tough times.

She wrote on Twitter: “Kobe and Gigi. This is incredibly difficult to process. I will never forget your generosity, and the time you set aside in some of my most difficult moments. I am forever grateful. My heart is with you and your beautiful family.”

Rafael Nadal added his condolences on Twitter, saying: “I woke up this morning with the horrible news of the tragic death of one of the greatest sportsman in the world. Kobe Bryant, his daughter Gianna and other passengers. My condolences to his wife and families. I am in shock.”

In a post on Instagram stories, Andy Murray wrote: “This has hit me hard. Thinking of all his family, friends and colleagues.”