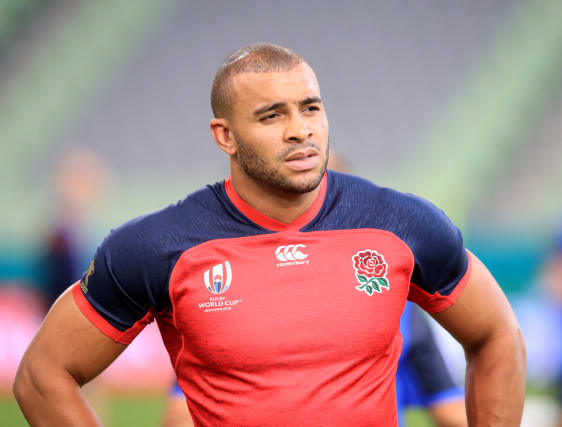 The World Cup runners-up launch their campaign against France in Paris on Sunday having reassured the seven-strong Saracens contingent there is no anger over their club exceeding the ceiling for player wages for five of the last seven seasons.

England enter the Six Nations as clear favourites but Joseph insists history has shown Eddie Jones’ men the vulnerabilities that can be exposed by disharmony.

“We have had a meeting and the Saracens situation got brought up. It’s not a problem, we are on England duty now and we have to be a team,” the Bath centre said.

“We remember from the past that when we have not been all on the same page and following the same dream, we have come apart and lost games that we should have won.

“We know what out primary focus is – to play for England and put together good results.

“The club stuff is put to one side. I don’t believe it is the players’ fault so why would I have issues with it?”

England have also begun healing the wounds left by their 32-12 defeat to South Africa in Japan almost three months ago with the help of team psychologist Andrea Furst.

An otherwise outstanding tournament ended in bitter failure, but for Joseph the two months spent in Japan demonstrated the value of having a happy squad.

“The group we had at the World Cup, we got so close during the time we had together. I thoroughly enjoyed every step of that journey,” Joseph said.

“We didn’t quite play the way we wanted to in the final, but we played some great rugby in the tournament.

“From day one we worked so hard and you’re going to have the odd bad game and unfortunately for us that was in the final. But you take the learnings from it, move on and that’s life.

“We played poorly in the final and didn’t play in the way had done previously in the tournament.

“We didn’t put pressure on South Africa. We didn’t prepare any differently that week, but too many of us had off days that day.”

England launch the Six Nations with an ambitious challenge from Jones to become the greatest team the sport has ever seen and Joseph insists it is a realistic aim.

“It’s exciting and we have the capability to be that team. If you look at the players we have and the set-up and the coaches, there is no reason why we can’t be,” Joseph said.

“For us it’s about adapting and finding new ways to improve our game and that should put us in good stead.”