Replay not welcomed by either Mourinho or Hasenhuttl 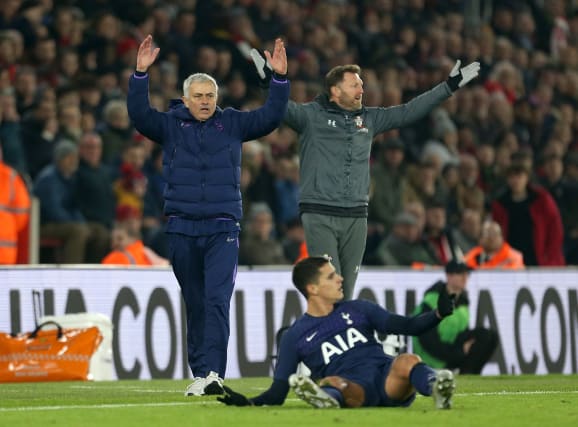 Jose Mourinho and Ralph Hasenhuttl were in agreement that Tottenham and Southampton’s FA Cup replay is a game they could do without.

Both side’s winter break from the Premier League is now being cut short after the 1-1 draw in the fourth-round tie at St Mary’s.

Spurs looked to have done enough to put their name in the hat after Son Heung-min gave them the lead but Sofiane Boufal’s 87th-minute leveller ensured a replay next midweek.

Saints and Spurs were due to clock off for two weeks after next weekend’s Premier League games but now they will do battle again, almost certainly on February 5.

“It is a result we don’t need, we don’t need to play one more match, but it is better to play than not to play.

“We were very close to winning. We are in the competition.

“It will affect (the winter break) a little bit. There is one more match we have to play.

“It is not a personal situation, Ralph was telling me the same, we don’t need one more match. But I think both me and him prefer to play again than to be out.”

Hasenhuttl believes replays should be scrapped and revealed they will now have to cancel flights for their warm-weather break.

“Flights are getting cancelled,” he said.

“Now we have a replay in our winter break and that doesn’t make sense for me.

“This game deserved to have a winner or a loser. It was so intense, it was exciting for the fans and that is what a cup game should be about.

“We have enough games, so if you have a draw after 90 minutes go in overtime and a penalty shootout. That is what cup games are about. Now we have to go there.”

Spurs did not pick Christian Eriksen ahead of his protracted move to Inter Milan, but Giovani Lo Celso showed how he will be a natural replacement for the Dane.

Lo Celso set up Spurs’ goal with a Messi-esque jinking run and Mourinho has said he is playing his way into a permanent deal.

Spurs have an option to buy the Real Betis loanee for £27.2million this month or £34million in the summer.

Mourinho said: “I think the boy is earning the decision. He’s making an easy decision for the club to execute the option.

“Incredible evolution since I arrived. Barely played a game…but he understood what we wanted.

“He’s a good learner, a good kid and I think by himself he made the decision that the club is going to execute the option.

“That’s normal, he earned it.”