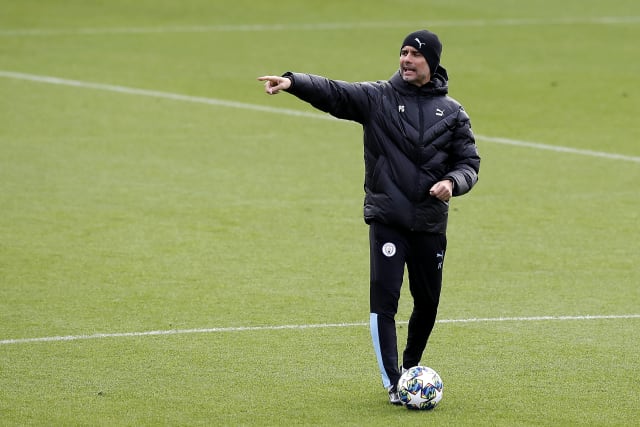 Pep Guardiola is expecting to face a strong Fulham side in the FA Cup this weekend.

The Cottagers, who are in contention for immediate promotion back to the Premier League, face Guardiola’s Manchester City in the fourth round at the Etihad Stadium on Sunday.

Returning to the top flight will be manager Scott Parker’s top priority but City manager Guardiola does not think they will make many changes or ease up for the tie.

He said: “I don’t think so because their next game is in six or seven days.

“If they had a game after two or three days, maybe, but I don’t think so. I think he will put into the game the best team as possible.

“When a team is third in the Championship it is because they have something.

“They are a team that want to play and they are a team with personality. We have spoken about that with the team and hopefully we can be ready because it is a final.

“The FA Cup is an important competition, it’s a traditional competition and we have to try to do our best.”

Holders City could make changes, however, as Guardiola looks to keep his big guns relatively fresh for the second leg of the Carabao Cup semi-final against Manchester United next Wednesday.

Guardiola has close to a fully-fit squad available following Aymeric Laporte’s return from a near five-month lay-off at Sheffield United in midweek.

Guardiola said: “When the team is fit it doesn’t matter who plays, the selection will be good.

“It is not about this one (player) or another one. Always when I put out a team they have the responsibility to try to win the game. It doesn’t matter what my selection is.”

Fulham, relegated last season, were third in the Championship heading into the weekend and their style of play under Parker has drawn comparisons to Guardiola’s City.

Guardiola said: “What I’ve seen is they’re a really good team. I like the way they play and their results speak for themselves.

“It’s not easy being relegated and the year after being there. I think it speaks quite well about the manager and the team.”