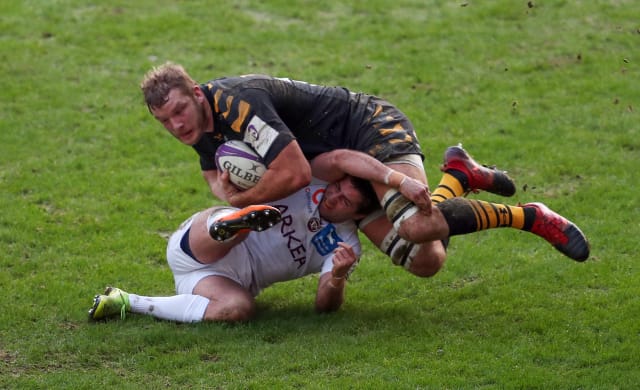 England enter their Guinness Six Nations opener against France without Joe Launchbury after the Wasps captain was ruled out by a knee problem.

Launchbury sustained the injury in the 27-0 Challenge Cup defeat by Bordeaux-Begles a week ago and will sit out the trip to Paris on February 2.

The 28-year-old is receiving treatment at the squad’s Algarve training base and it is hoped he will recover in time for the Calcutta Cup clash with Scotland in round two.

Launchbury was a member of Eddie Jones’ World Cup squad last autumn but made only one appearance, against the USA.

Even if fit, the 62-cap second row was unlikely to be involved in the matchday 23 against France.

Amor, whose only XV tracksuit experience was with London Scottish, takes over from Scott Wisemantel having overseen sessions in the build-up to the World Cup.

“Eddie and I had some conversations before Japan. It was wonderful to get the opportunity to work in that environment and we finalised things afterwards,” Amor said.

“I feel very lucky. This is a tremendous opportunity to work with a brilliant group of players and a master coach.

“It’s really important for me to recognise the huge growth this team has made in attack since Scott Wisemantel came on board.

“As someone who has been doing sevens for the last seven years, watching how England have evolved was great.

“Where can I add value to the team? Sevens is all about space and time. Of course the fundamentals are important, but also knowing that if you get things wrong in sevens you concede tries.

“So how do you put people under pressure and challenge them to grow in that way? That’s where I feel we can make some great progress.

“Working in sevens gives you a different perspective and adds to the blend of the coaching team, which is really important in any coaching team.”