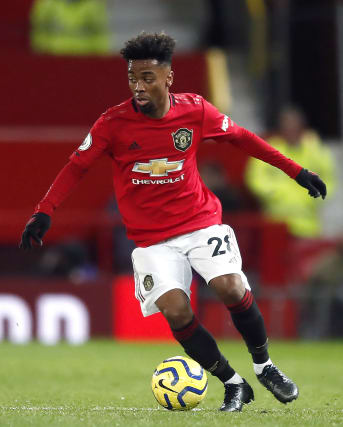 Angel Gomes hopes to get the chance to prove his worth when Manchester United travel to Tranmere in the FA Cup.

Having made his debut aged 16 on the final day of the 2016-17 campaign, the highly-rated midfielder had finally been expected to kick on this term after impressing during the pre-season tour of Australia and Asia.

But Gomes has only made six first-team appearances for Ole Gunnar Solskjaer’s side this term and speculation over an Old Trafford exit is rife, having yet to agree a contract extension beyond the end of the season.

The diminutive 19-year-old midfielder is hoping to get the chance to prove his worth at League One side Tranmere on Sunday, when fellow academy graduates like Mason Greenwood, Tahith Chong and Brandon Williams are pushing to be involved.

“We speak about it often, when we compare it to tournaments we went to when we were younger,” Gomes said.

“Stuff like that. Growing up in the academy, we didn’t really think we’d all make it together into the first team and be there around it.

“That was always the goal but we were often told you don’t always make it through together with your team-mates.

“Luckily, we’ve had the chance to break through and to make it through together.

“Everyone is just encouraging towards us and each chance each of us gets is to try to show why we’re in the first team.

“It’s just getting the opportunity really and being able to take it with both hands,” he said.

“Whichever game that is, it’s being able to do my best to show what I can do.”

Sunday’s trip to Tranmere will be the first for United, having never previously played a first-team match at Prenton Park.

But Gomes knows what to expect from Micky Mellon’s men, having been part of the United Under-21 side that lost 3-2 at Rovers in the Leasing.com Trophy knockout stages last month.

“It was a tough game with the conditions,” the creative midfielder told MUTV.

“We had an experienced side against a group of men and it was a good battle. We were ahead in the game and I can just remember the pitch wasn’t the best.

“But that is what you’re going to come up against and face, it’s just being prepared to be able to battle in any circumstances really.

“The competition was very useful, just to get experience of playing against tougher and older sides with experience.

“I think it was good for the lads, who all showed good quality when they played, and weren’t really fazed by it.

“We were unlucky when we got knocked out but the lads have responded well in the league.”