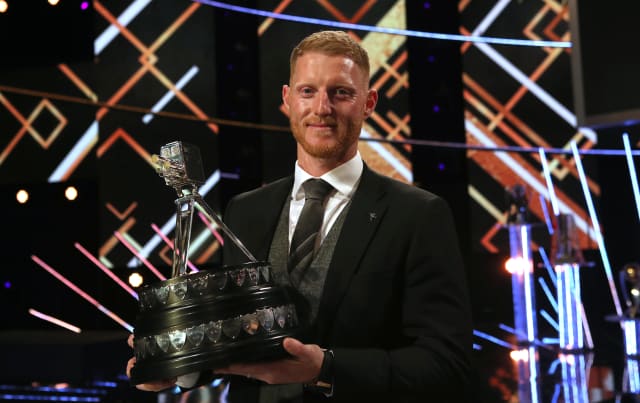 England all-rounder Ben Stokes has been fined 15 per cent of his match fee and given a demerit point after admitting swearing at a fan following his dismissal on the first day of the fourth Test against South Africa in Johannesburg.

Stokes started 2020 with a match-winning display for England to level the four-match series in South Africa, but after enjoying another win in the third match he courted controversy during the fourth, apologising afterwards despite claiming he had been subjected to “repeated abuse from the crowd”.

Stokes was crowned BBC Sports Personality of the Year for 2019 on December 15 to cap a remarkable 12 months. He was man of the match in the World Cup final win after his batting heroics and then dramatic super over exploits. This was followed up by an unbeaten 135 to secure a famous one-wicket win in the third Ashes Test at Headingley.

The Stokes family had more pressing issues to worry about over Christmas when Ged Stokes, Ben’s father, was admitted into hospital with a serious illness on December 23. England’s vice-captain missed training the following day to be at his bedside, but did play in the Boxing Day Test at Centurion. Ged has since left intensive care as he continues his recovery.

Stokes was one of four England players to be recognised in the New Year Honours list for their efforts in helping the country win a first 50-over World Cup. The 28-year-old has been awarded an OBE.

More records were broken by Stokes on January 5 when he became the first English fielder, excluding wicketkeepers, to take five catches in an innings as South Africa were dismissed for 223. A day earlier he hit 47 in their total of 269. This was topped when he struck a rapid half-century in the second innings to set the home team an improbable victory target. A draw looked likely heading into the final session of the fifth day, but Stokes’ three wickets saw Chris Silverwood secure a first Test win as England head coach.

After scoring a century in the third Test win at Port Elizabeth, there was a swift reminder of how quickly the tide can turn as England moved on to Johannesburg. Stokes became embroiled in a row with a fan as he left the field following his dismissal on the first day of the fourth Test. Former captains Mike Atherton and Nasser Hussain said Stokes has to “hold his tongue” when provoked and the England man admitted his reaction to the abuse was “unprofessional”.