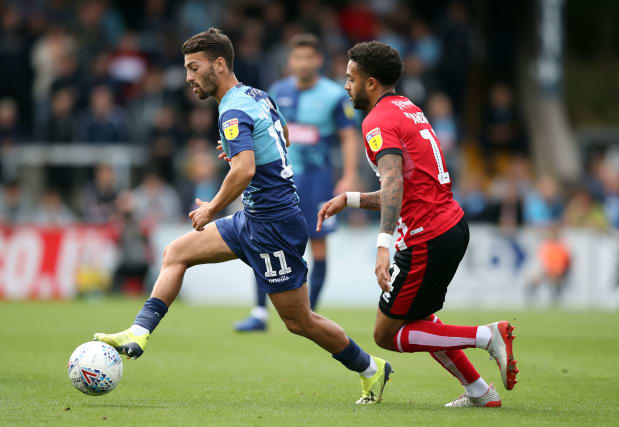 Wycombe striker Scott Kashket has been banned from all football-related activity for six months, with four months suspended, for betting breaches, the Football Association has announced.

Kashket admitted placing 183 bets on football matches, between the period of September 2014 and August 2016, when he played for Leyton Orient.

Two months of the suspension are effective immediately and the additional four months will come into effect if he commits a further breach of the FA’s Betting Rules before July 21, 2021.

Wycombe confirmed the club and player have decided not to appeal the decision.

Kashket said in a statement on the Wycombe website: “I regret my actions and will learn from the experience to improve myself both as a person and a player.

“I am thankful to Wycombe Wanderers for their ongoing support and am determined to come back stronger in two months’ time.”

A statement from the Sky Bet League One club read: “Wycombe Wanderers continues to offer its full support to Scott, and while the club does not condone rule breaches of this nature, it recognises that the charge relates entirely to a difficult period in Scott’s career at his previous club Leyton Orient.”

Wycombe’s prospective majority shareholder Rob Couhig said: “I have found Scott to be a first-rate person and, while this is not an excuse for his actions, the treatment he sustained at Leyton Orient – under their previous ownership structure – was unconscionable.

“I am glad he has taken personal responsibility for his actions and that Leyton Orient are under new progressive ownership and leadership.

“We now look forward to drawing a line under the situation and having Scott fully fit and refreshed for the final few weeks of the season.”