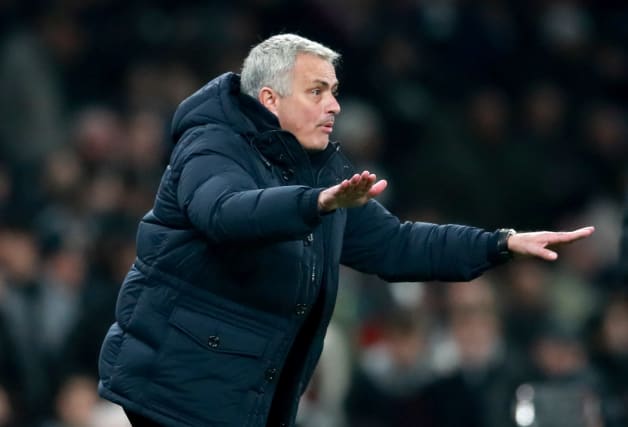 Tottenham head coach Jose Mourinho hopes that Southampton do not gain an advantage from 24 hours extra rest ahead of their FA Cup fourth-round tie.

Spurs are gunning for revenge as they head back to St Mary’s three-and-a-half weeks after a 1-0 Premier League defeat there on New Year’s Day.

They will have had less rest than their opponents, though, with Saints in action on Tuesday before Spurs played and beat Norwich a day later.

Given their recent defeat on the south coast, Mourinho was expecting a tough game anyway, but hopes Southampton’s extra recovery time is not a factor.

“What do I expect? I expect a team that is 24 hours fresher than another because they have 24 hours advantage in relation to that,” he said.

“A team with big self-esteem and confidence. Again, a very difficult team to play against, we learned there that it is hard and it is going to be hard.

“They are strong, they found a pattern of play, they play with two strikers and they have four or five.

“They are strong and apart from the game they lost against Wolves they win, win, win, win. Wolves is one of the teams where you can lose because they are also a very, very good team.”

That defeat on New Year’s Day was costly for Spurs as they lost ground in the race for the top four, but much more damaging was the potentially season-ending injury to Harry Kane, who ruptured his hamstring tendon when scoring a goal that was ruled offside.

Tanguy Ndombele and Moussa Sissoko also picked up injuries and Mourinho is hoping for a better time of it on Saturday.

“There we were a bit unlucky, Southampton were lucky,” he said. “The Harry Kane goal, decisions, injury to Harry, injury to Ndombele at the beginning of the game.

“We had to fight against so many things that we cannot control, the only thing that we can control is the spirit that the players showed against Norwich and the desire to do things well so OK.”

The FA Cup, a competition Mourinho shows full respect to, is realistically Tottenham’s best chance of a trophy this season, unless they pull off a miracle in the Champions League.

The Portuguese will not be treating the match any differently, though.

“It is just a game, I don’t even want to think about the competition,” he said.

“If it was Southampton away in the Premier League it would be exactly the same for me. Nothing would change.

“In the FA Cup, let’s see. In this moment 32 teams, let’s try and be in the 16. Again, full respect to what Southampton is doing, we know it is going to be a very difficult match.”

Spurs will be without Harry Winks following his ankle injury in midweek, while Kane, Sissoko and Ben Davies are also still missing.