Said Benrahma misses out for Brentford 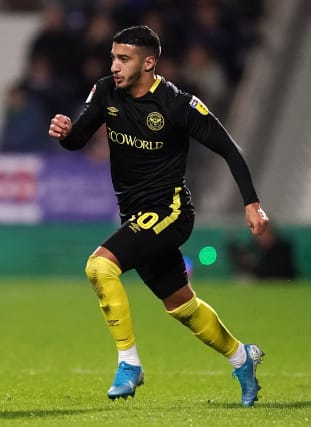 Brentford will be without forward Said Benrahma for Saturday’s FA Cup match at home to Leicester after his father died earlier in the week.

The Algerian is currently out of the country and will take no part while Bees boss Thomas Frank will also be missing several other players.

Pontus Jansson (hip) and Mathias Jensen (hamstring) were absent for the goalless draw away to Huddersfield and remain sidelined alongside Sergio Canos and Nikos Karelis (both knee).

Luke Daniels has played in all of Brentford’s cup games this season and is expected to replace David Raya in goal, with the Bees set to make other changes too, although not as many as in the previous round against Stoke.

Leicester will be without Jamie Vardy for the fourth-round tie.

The striker, who has scored 17 goals in all competitions this season, suffered a glute problem in the Premier League win against West Ham and will not be involved.

Nampalys Mendy was also forced off against the Hammers on Wednesday night with a knee injury and he is looking at an absence of between four and six weeks.

With the Foxes set to play Aston Villa in the second leg of their Carabao Cup semi-final on Tuesday, boss Brendan Rodgers is set to make some changes at Griffin Park.